Jersey City Board of Education Trustee Lorenzo Richardson has sent a letter to State Department of Education Commissioner David Hespe, urging him to force the JC BOE to have a special meeting before March 1 to vote on the renewed contract of Superintendent Marcia Lyles. 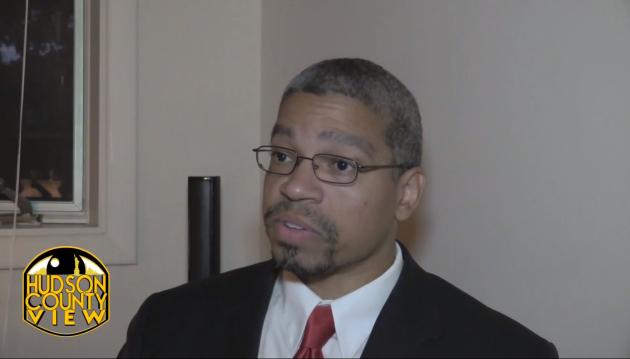 Requesting “an investigation and immediate action” from the State Department of Education in the February 22 dated letter, Richardson alleges that the Jersey City BOE engaged in disingenuous actions to get Lyles’ contract renewed.

“First, Vidya Gangadin and the Board attorney, Ramon Rivera, publicly accused myself and Board member Gerald Lyons of asking for a resolution to â€œnot renewâ€ the Superintendentâ€™s contract, which is not true and inappropriate in nature itself,” he wrote.

” … Only a NO vote would be considered a non-renewal or a direct letter to her stating the Boardâ€™s desire to not renew. On the evening of the February 18, 2016 Board meeting, Mr. Rivera admitted he interpreted that we wanted the December 17, 2015 Superintendent contract resolution to say â€œnot renew.â€

As Hudson County View first reported, Lyles essentially had her contract renewed by default at the December 17th meeting of the board. While seven members were present, only four were eligible to vote and, therefore, the measure did not receive a call to vote.

Richardson reiterated that the language of the resolution was not by his request and says he actually had no knowledge of the situation until after the fact.

“The December 17, 2015 resolution was prepared without our knowledge (to say not renew instead of renewal) and if the votes would have been cast for that resolution, not getting five affirmative votes to not renew would have allowed the Superintendent to be renewed.”

Furthermore, Richardson also wanted to squash the rumor that he missed the meeting so that he would not have to be held accountable for a vote on the superintendent’s contract, explaining that he had a serious work commitment he could not get out of.

“Unfortunately, due to work obligations, I was unable to attend the December meeting and was wrongly accused of being absent on purpose to avoid a vote by a Board member,” he stated.

“This is completely false because I had a grant deadline to meet at my workplace and worked until 10:00 p.m. when the building had to close and literally drove the security guard home as a thank you. I also personally requested the Superintendent contract resolution and never missed a Board meeting before so why would I be absent on purpose? That makes no sense.”

He also stuck up for his former running mate and colleague Gerald Lyons, stating he only missed the meeting since his father suddenly became ill and had to be transported across the country to receive care.

Richardson further questioned why Board President Vidya Gangadin did not contact him or Lyons about such an urgent matter, exclaiming that their attendance would have made six board members eligible to vote – as well as that they would have never allowed the wording of the resolution to stand.

In short, Richardson says there have been at least three opportunities to vote on the superintendent’s contract, but Gangadin and Board Attorney Ramon Rivera both played pivotal roles in making sure that never happened.

“At the January 21, 2016 Board meeting, Mr. Lyons attempted to introduce a corrected resolution for a vote that would have righted our December absence and it was denied because it was introduced last minute. Mind you, it was initially brought up two days before the December 17, 2015 Board meeting which was short notice as well.”

“It could have also been added to the January agenda since it was submitted late in December. My attempt to introduce this same ordinance at the February 18, 2016 meeting was also denied after requesting it be put on the agenda three weeks in advance and I can provide the proof of my advance request.”

“I pleaded on record with the Board President to reconsider putting the Superintendent contract up for a vote and she refused, deferring to the Board attorneyâ€™s opinion that she was automatically renewed at the December 17, 2015 Board meeting.”

Richardson ultimately asked Hespe to support “a monitored vote of our board on the Superintendentâ€™s contract to take place before March 1, 2016 to comply with NJ state statute.”

Gangadin said in an email this afternoon the she is aware of Richardson’s letter sent to Hespe, but is not going to comment since it’s a personnel matter.

Additionally, Rivera did not return a call or voicemail seeking comment.