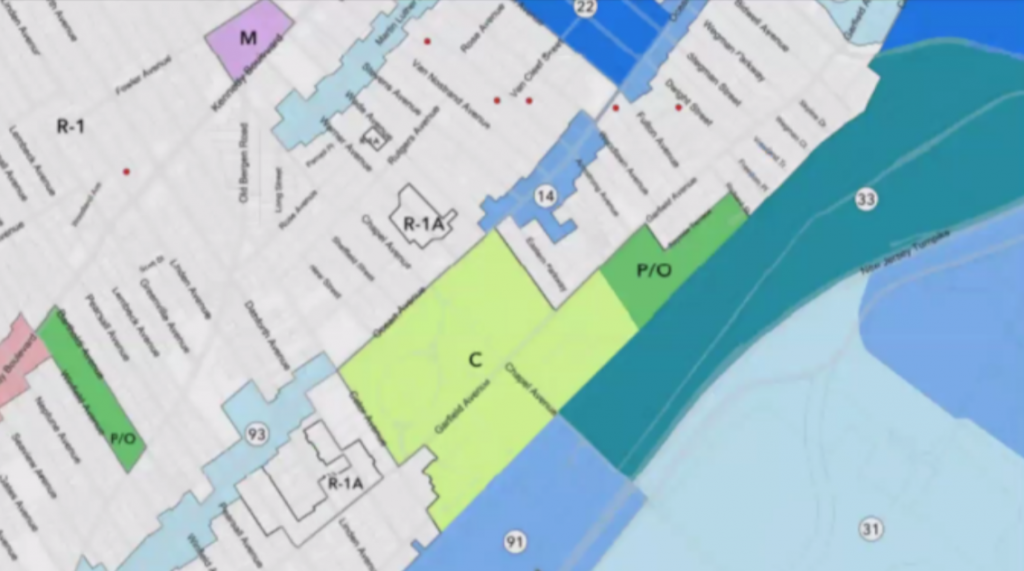 “It’s still a pretty great plan … I’m looking to extend the plan,” Ridley said early on during the Zoom session.

She explained she wanted to extend the plan about six blocks from Ocean and Cator Streets to Wade Street. Ridley noted that at Wade Street, the Ocean/Bayview plan begins.

Supervising Planner Matt Ward noted he worked on the initial plan in 2016.

“I’m glad to be revisiting it tonight,” he said.

“We’re wrapping up a Master Plan update that will go before the planning board next month,” added Urban Designer Liz Opper.

She characterized the Master Plan as a document regarding what they would like the city should look like in the foreseeable future.

“It’s a first step to some of the zoning changes we’ll see in the next few years,” Opper said.

Ward noted some recommendations were specific to this corridor.

“This is just a framework,” he said.

Ward noted that while the area is largely residential, the new Master Plan encourages mixed-use zoning, reconstruction, and rehabilitation.

He explained the specific area hasn’t been studied since 2006 after a plan was put in place in 1977.

Ward said that in the 1970s, Jersey City did a major rezoning “that essentially picked winners for commercial streets like Sterling Avenue, Ocean Avenue, portions of Summit Avenue in the Heights and other areas were rezoned from commercial and made residential.”

Other areas were rezoned from commercial and made residential.

“This is a process that starts with the city council,” Ward said.

He explained they must first authorize a study of the corridor the planning department would conduct, including gathering community input by holding a walking tour of the area.

If the planning board okays the revised plan, it would then go before the city council.

Ward said they typically hold three meetings to gather community input about a month apart from each other.

“Is there any overriding theme like Bayview or behind Caven point? We have some quality of life issues. I cannot park five blocks away from my home and expect to get home without safety issues,” Cheryl Morrison asked.

“No one’s looking for skyscrapers to come to this area. I’m hoping that … improves lighting in the area brings in a new feel,” Ridley answered.

Morrison added that there is no public parking in the area, prompting Ridley to ask if zoning for municipal parking is an option.

Ward said parking is not a zoning issue, but rather a policy decision the city needs to make about where to spend capital funds.

“Where we do allow community parking, there’s just in my experience in Jersey City, there’s been limited commercial interest in building that so it’s not seen as the most viable business opportunity in Jersey City despite us allowing it to occur,” Ward said.

“We’re hoping that by bringing some more housing opportunities to those areas that we’re helping to improve those safety concerns.”

Other residents questioned if this plan would have any benefit to local businesses.

“Are you guys actually gonna be assisting or allowing small business owners to, you know, potentially take some of the commercial space or zone certain areas for certain businesses?,” Jennifer Castillo asked.

“What we did in 2016 and what we’re doing is reintroducing and allowing for small businesses and other businesses to open up and establish themselves there. This process isn’t a program to provide small business loans or assistance in establishing businesses,” Ward answered.

“Whether landlords are focused on local entrepreneurs or not is not necessarily what this program would mandate.”

Another resident, Sandra Lovely, asked for a timeline on the entire process.

“If we’re looking at the process of authorizing a study, conducting a study of the area, and going to the designation and drafting a redevelopment plan, at minimum, it typically takes about six months,” Ward replied, though added that sometimes amending a plan can take up to two years.

“It depends on the scope,” he added, noting this this redevelopment plan has been a bit slow to receive applications.

“But don’t be discouraged. They’re going to come … Things are happening. Usually, once or two things pop up, then people come.”