Citing a provision in the President Joe Biden’s (D) American Rescue Plan, Jersey City Together contends that the state must reverse the $71 million cuts for the local board of education proposed earlier this year. 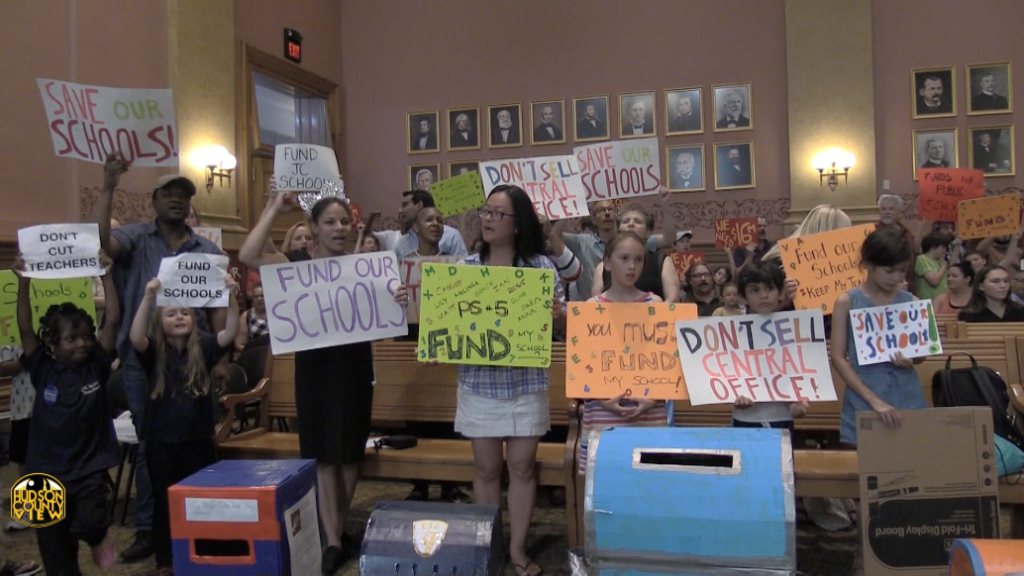 “This ‘maintenance of equity’ provision requires an immediate change to the proposed
state budget for a number of ‘high-need’ districts, including reversing the proposed $71
million cut in state aid to the Jersey City Public Schools,” a letter signed by 16 members of JCT sent to the members of the New Jersey Senate Budget/Appropriations and Assembly Budget Committees this afternoon says.

A FAQ issued by the U.S. Department of Education seems to indicate that the Jersey City Public Schools would be considered a “high-need local educational agency,” since, for example, they are among the district’s with the highest percentage of economically disadvantaged students in the state.

The Jersey City BOE approved a $814 million budget in May that advocates lauded as the first fully funded budget in over a decade, while critics were disappointed in a tax increase for the second consecutive year.

The next year isn’t expected to get any better for the JCPS unless the ARP provision is enforced, with over $100 million projected in state cuts.

Additionally, this year’s budget faced challenges with the city’s payroll tax estimated to bring in $85 million, though the BOE was only able to certify $65 million.

Since then, Mayor Steven Fulop called on the state legislature to amend a payroll tax loophole for businesses that evade payments, though related bill has been introduced as of this writing.

“At a time when the state is expecting a $10 billion surplus, your enforcement of this provision should be an easy choice,” the letter continues.

“It will also be critical to meeting the constitutionally mandated needs of Jersey City’s students, 61% of which (more than 16,000 students) qualify for free or reduced lunch, as well as of other ‘high need’ students across the state.”

Jersey City BOE President Mussab Ali agrees that the language is clear and it’s now time for the state to do the right thing.

“The language in the American Rescue Plan is clear as day. The State of New Jersey must restore the funding for the Jersey City Public School District to ensure the maintenance of equity. I am immensely proud of Jersey City Together and the Education Law Center for being leaders in this fight for our children,” he told HCV.

Members of the state legislature’s respective budget committees could not be immediately reached for comment on Tuesday afternoon.

LETTER: Jersey City should be investing more into their schools, not...