The activist group Jersey City Together held an online kickoff meeting where they reflected on past victories and planned future education and affordable housing campaigns. 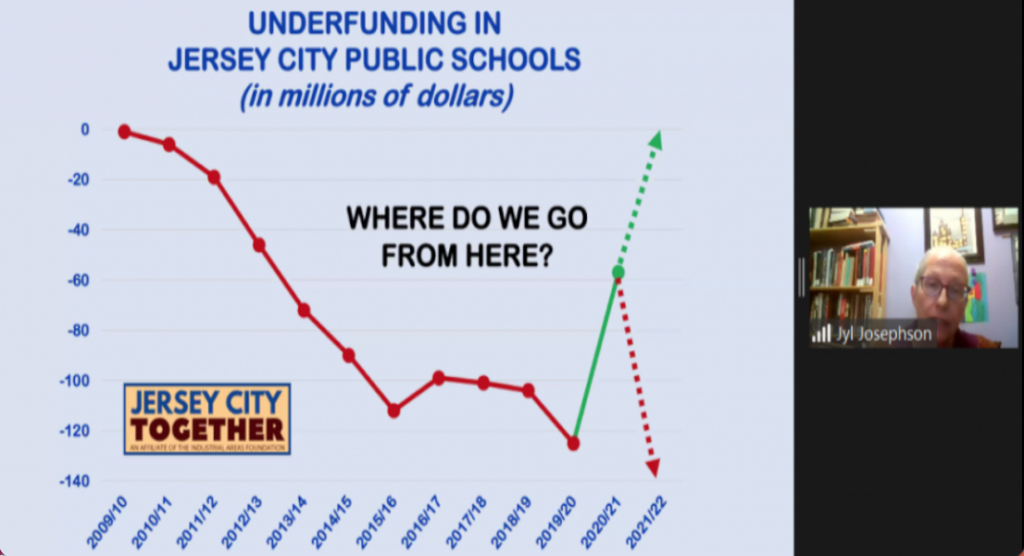 The activist group Jersey City Together held a kickoff event on Zoom last night as they reflected on past victories and planned on educating and affordable housing campaigns ahead.

129 people on the call represented 33 different congregations and/or non-profits. The event would normally be held in person, but organizers decided to err on the side of caution due to the coronavirus pandemic.

Dr. Jyl Josephson, a member of the JCT education team, said they have been working for several years to change the school funding conversation since 2018, also pointing out that the district will need more resources to address students with mental health issues caused by remote learning soon.

“The impact of this year on our children and grandchildren has been enormous,” she said.

Thus, Jersey City Together will be holding a virtual action on March 11th, which will be yet another call to fully fund the public schools.

“Are we going to demand our children are cared for and given the respect they deserve?,” he asked rhetorically.

The other major issue discussed was affordable housing. Uche Akpa, of the Fountain of Salvation Church, brought up the Bayfront development and said it was a victory for the group.

“We wanted the land to build affordable housing,” he said, recalling that a conflict with Mayor Steven Fulop in 2019 ended up being settled in short order.

“This will be real affordability,” Akpa noted, reflecting on a 1,100 person rally at NJCU that helped move the project forward.

Akpa also noted that all phases of the development will have significant affordable housing requirements, further stating that this has to remain a top priority.

“Our work on affordable housing is not done,” he exclaimed, noting there will likely be many evictions when the pandemic ends which JCT will have to address.

“We are so tired of hearing presentations from developers who do not include any provisions in their projects for affordable units,” said the the Journal Square Community Association’s Bill Armbruster.

He noted that he thought the group should plan to fight to expand the city’s Inclusionary Zoning Ordinance (IZO) approved last year, which many residents felt had too many loopholes that could be exploited by developers. The matter is currently tied up in litigation.

“We live in a city that’s experiencing a worsening housing crisis. Even with the work we have done, tens of thousands of Jersey City families are behind on their rent and risk being evicted,” said Rev. Mona Fitch-Elliot, of St. John’s Lutheran Church.

She noted a high level of unemployment has also contributed to many people’s current plight.

“The crises we are living through are the worst kinds of crises we have seen in a generation.”