The Jersey City Planning Board unanimously approved (9-0) the new design to replace the historic Casino in the Park banquet hall in Lincoln Park on Westside Avenue at last night’s meeting. 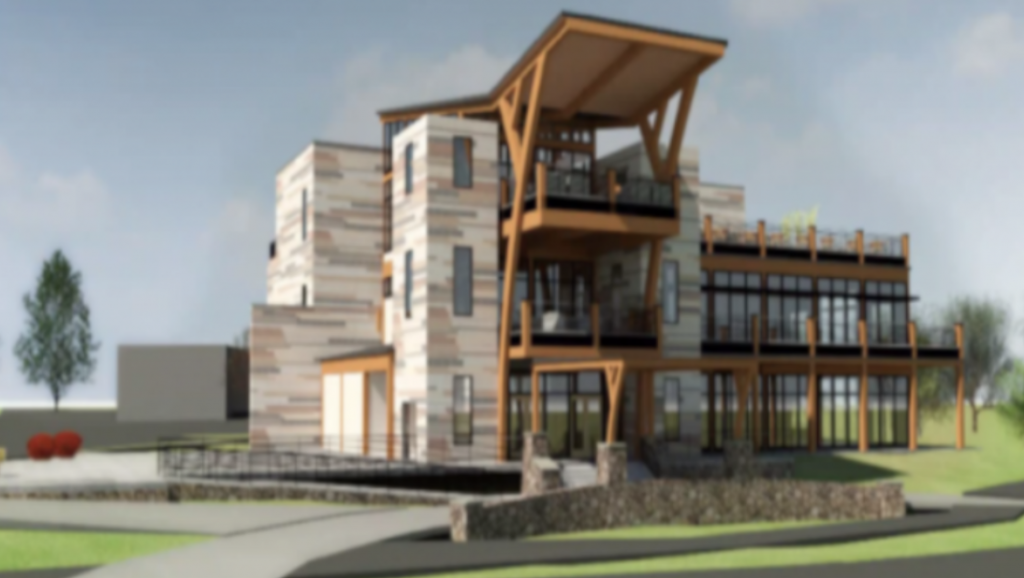 Hudson County Executive Tom DeGise said during the meeting that he considers the completion of what will be the new Casino in the Park, which does not have a separate name at this time, a priority.

“The authority selected Landmark Hospitality to construct the facility,” he noted.

From there, engineer Micheal Cohen noted the old Casino in the Park building was constructed in the 1930s.

“It’s going to be quite an interesting building,” he said.

Cohen explained the new building will be three stories tall, giving it a smaller footprint than the old Casino in the Park.

The proposed banquet hall can fit 190 patrons in their restaurant/bar area, in addition to a kitchen and support space. An outdoor patio is also in the plans to expand dining options as well, Cohen said, who also said the endeavor includes balconies on the second floor.

The architect of the project, Jeffrey Fleischer, explained there will be two elevators to the floor, one of which will be a service elevator for the staff.

Cohen said the old building was razed, and the site, near the tennis courts in Lincoln Park, has been made ready for construction.

“We don’t have to take down any trees,” Cohen explained.

He added that a new parking lot with 46 spots will be built to accommodate guests of Casino in the Park. In addition, crosswalks will be improved to ensure pedestrian safety.

“A lot of attention is being paid to pedestrian access. We will be adding a lot of lights for safety,” Cohen explain.

He added there are plans for extensive landscaping around the restaurant/hall.

Guerra chimed in that the old building was demolished in April 2020 and that the county hopes to start construction this coming spring – with an early estimate anticipating that the project will take 12-14 months.

“We’re anxious to get this going, there’s been a number of community meetings. We were hoping to be in the ground already, [but] COVID set everything back,” he added.

According to their presentation, public input was given in 2018 and 2019.

“Is there anything in the design that will make it an architectural destination?” Jeanne Daly asked during the public comment period.

“I’d like to think it’s unique. I think it’s one of the first timber-framed constructions in Jersey City,” Fleischer said

Guerra said there would be a patio area for outdoor seating near a window for takeout, as well as nearby landscaped green space for people to enjoy.

“Our intent is to having some benches for those passing through the park, whether jogging or playing tennis,” he added.

Senior Planner Cameron Black noted that the construction of the new Casino in the Park is consistent with Jersey City’s Master Plan to upgrade parks and recreation facilities to maximize the experience at Lincoln Park.

“We’re long overdue for a new one,” said Planning Board Commissioner Edwardo Torres.

“Lincoln Park is a really under-used gem in our city,” Langston said before voting yes.