Jersey City officials are in agreement to remove the Board of Education referendum from the November ballot in the midst of the COVID-19 pandemic, consistent with requests to withdraw the Arts and Culture Trust Fund ballot question and eliminate the city’s Open Space Trust Fund. 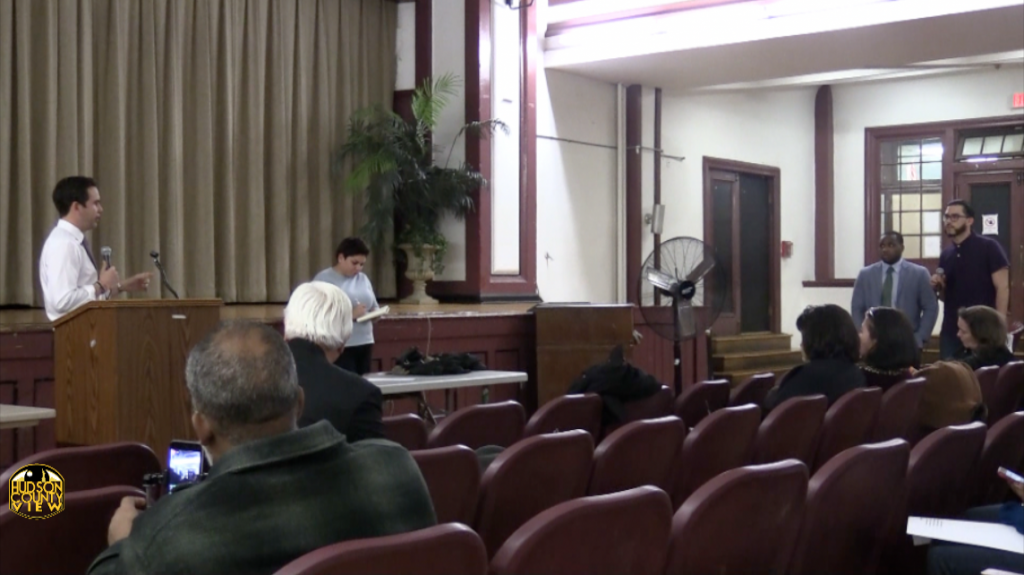 â€œThe world is a very different place today than it was in January when we approved the referendum. We still have major concerns with the Board of Educationâ€™s decision to raise taxes on residents during the pandemic, but the reality is we donâ€™t want to be more disruptive to the schools when they return in September after being closed for months,” Mayor Steven Fulop said in a statement.

“Our focus has always been what is best for the schools, and we just donâ€™t see putting the city through a referendum in this environment as responsible. We’ve been working closely with the Superintendent to help get the schools back on track as swiftly as possible due to the unforeseen obstacles weâ€™re facing amid the pandemic.â€

The Jersey City Council will vote on pulling the ballot question, which would have allowed voters to choose to maintain an elected board of switch back to an appointed board, at Wednesday’s council meeting, which will be hosted remotely on Microsoft Teams.

Based on Council President Joyce Watterman’s remarks, it sounds like the council is in full agreement on this issue.

â€œThereâ€™s no arguing the schools need help when we first introduced this. Today, weâ€™re in a much different climate, and we need to think about what is the best course of action in this new environment for our students, parents, teachers, and residents,” Watterman said.

The Jersey City Council approved the referendum at a raucous January 7th meeting where police ejected members of the public. The vote was 7-1(1), with Ward C Councilman Rich Boggiano voting no and Councilman-at-Large Rolando Lavarro abstaining.

This came less than a week after Fulop had referred to the board as being engulfed in chaos, suggesting a referendum would be the prudent decision.

Fulop had defended the decision as recently as February, saying “it’s a bunch of nonsense” that the BOE referendum was a power grab by City Hall, noting that it wouldn’t be necessary if the board of ed acting responsibly.

About a week later, a retired teacher filed a lawsuit to get the ballot question repealed, but that appears to be a moot point at this juncture.

BOE President Lorenzo Richardson and Jersey City Education Association President Ron Greco had previously spoken out against the referendum and both responded to today’s news.

“The right to elect our School Board members is the best option in our democracy because it allows the voters to decide who they want to represent them,” Richardson wrote in an email.

“School Board members work very hard to get elected to the privilege of serving the people who voted to entrust them with the educational needs of our students. [Pulling the referendum] was the right thing to do.”

Furthermore, Greco still umbrage with the concept of the referendum.

“It’s the right thing to do. Fulop had referred to the board as being engulfed in chaos and this was the reason he needed to appoint the board. This is a falsehood and a narrative that the mayor created since his friends [Marcia] Lyes and [Cathy] Coyle no longer were running the show and his insurance broker and legal friends were no longer on the payroll,” Greco said.

“Steve Fulop cannot control Franklin Walker. Jersey City will be revisiting the referendum in the near future, I think that’s safe to say.”

In response, the mayor said it was “unfortunate” that Greco would continue to play politics “and make absurd accusations” during a pandemic, and as a result, there was no need to engage with him further.

Editor’s note: This story was updated with a comment from JCEA President Ron Greco and Board of Education President Lorenzo Richardson.

Hoboken officials say hospital in dire need of 13 ventilators: This...