The Jersey City NAACP is coming out against the Airbnb referendum less than two weeks away, claiming that the new regulations implemented by the city over the summer amount to “economic discrimination.” 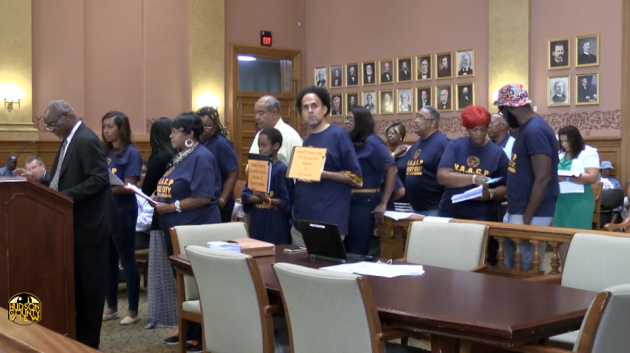 â€œBy targeting the 70 percent of Jersey City residents who are tenants — the majority of whom are people of color — this ban amounts to nothing more than economic discrimination, plain and simple,” Jersey City NAACP President Rev. Nathanial Legay said in a statement.

“Even worse, it will promote the Tale of Two Cities that has long existed here, satisfying the few while leaving the rest of us who rely on the short-term rental economy hung out to dry. Along with our strong belief in the importance of this issue, we feel especially called to stand up for justice now, given the ugly political harassment that short-term rental hosts of color have experienced throughout this campaign, simply for speaking out for their rights and livelihoods-and their right to vote.”

Their endorsement is not terribly surprising, given that the supported the Keep Our Homes movement’s effort to get the short-term rental question on the November 5th ballot.

Nevertheless, they join the Keystone Mountain Lakes Regional Council of Carpenters Local 253 in coming out against regulations passed by the city, which include preventing renters from making money with short-term rentals like Airbnb.

â€œThe short-term rental community is grateful for the NAACP Jersey City branchâ€™s moral example and witness against economic exclusion and racial justice as they advocate for a NO vote on Nov. 5,â€ Keep Our Homes campaign spokesman Graeme Zielinski added.

Thus fair, the majority of the local police and fire unions, the Jersey City Education Association, Jersey City Together, and the Housing and Community Development Network of New Jersey are the most prominent organizations that have come out in support of the ballot initiative.