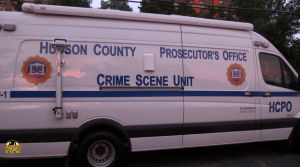 Eric Reyes, 35, had been charged with endangering the welfare of a child and sexual assault, according to the Hudson County Prosecutor’s Office. He pleaded guilty to the charges in June.

He was arrested in November when his girlfriend discovered videos on his phone of her adult sister using the bathroom, but she later provided authorities videos of Reyes recording himself while sexually abusing her two relatives, who were children.

After his arrest, it was found that he had child pornography on his electronic devices, authorities said.

Reyes, who was sentenced by Hudson County Superior Court Judge Mark Nelson, will have to serve 85 percent of his sentence before he can be eligible for parole.

He will also be subject to parole supervision for life and Meganâ€™s Law registration upon completion of his prison term.