After over two years of litigation, the City of Jersey City and Kushner Companies have reached a settlement on the $900 million One Journal Square project that will involve no tax abatements.

“This has always been about what is best for our taxpayers and Jersey City. Fortunately, after many years and many prior developers who left this property to stagnate, the City’s great team and Kushner Companies have been able to set aside their differences and collaborate to reach common ground,” Mayor Steven Fulop said in a statement.

“Now this long-delayed and much-awaited project can move forward.”

The Associated Press was the first to report on the settlement.

Construction is now expected to begin in 2021 and will include a 10-level parking garage for residents. Each of the two towers will consist of 52 stories dedicated to residential units above a 12-story base building which contains ground floor retail space, amenity space, additional residential uses, and structured parking.

The project has been modified to, among other things: reduce the height of the buildings from 758 feet to 710 feet, replace five stories of office space and one story of retail space with residential space, remove the WeWork and WeLive concepts, and re-envision the façade of the towers.

“Let’s be clear. The citizens of Jersey City are the winners here. Kushner Companies is eager and ready to move forward shoulder to shoulder with Mayor Fulop and the people of the great City of Jersey City, and get to work building this landmark development to advance the revitalization of Journal Square,” added Eugene T. Paolino, counsel to Kushner Companies.

Reaching common ground for the two sides has been a long road.

Back in April 2018, the JCRA alleged that Kushner Cos. violated their redevelopment agreement back when the project was estimated to have an $800 million value, as HCV first reported.

From there, the New York-based development company sued the city alleging that they were victims of political retaliation: specifically being blocked from building due to anti-Trump politics.

While a federal judge dismissed the suit in August 2019, they filed a similar complaint by October of the same year.

Additionally, around the same time, a Hudson County Superior Court judge ruled that the city owed Kushner Cos. nearly $99,000, though that suit was dismissed this past July.

Despite the longstanding feud, cooler heads have now finally prevailed.

“Kushner Companies is thrilled to be moving forward with the support of the Jersey City Redevelopment Agency to build this centerpiece landmark development in the heart of Journal Square,” stated Kushner Cos. General Counsel Christopher W. Smith.

“After several years of litigation, we have reached a mutually beneficial compromise with Jersey City and Mayor Fulop to set aside any lingering acrimony and clear the way for this vital addition to the Journal Square revitalization project.” 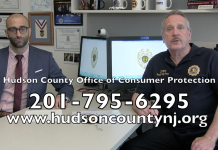