The Jersey City Council discussed a third-party contract for analysis and recommendations to address problems related to the 911 dispatch at yesterday’s caucus meeting. 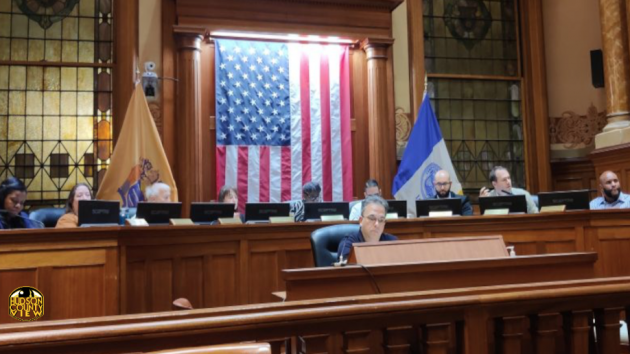 Public Safety Director James Shea explained why he wanted the council to consider a resolution awarding a contract to SHI International Corp. for gap analysis for police dispatching through the New Jersey Cooperative Purchasing Alliance.

The contract is for about $213,000 and he noted Police Director Tawana Moody has visited their headquarters in Atlanta, Georgia to discuss the issue.

He explained that it would likely help to cross train police and fire dispatchers. Shea said part of the problem is likely that their computer systems are not compatible. This has led to slow response times, and in some instances, calls being rerouted to New York City.

“Will the council still have oversight should we move to their recommendations?,” Ward F Councilman Frank “Educational” Gilmore asked.

“Yes, this just covers a recommendation. The technology itself … would be one vote. Any recommendations of the workforce would have to come before the council for removal,” Shea stated.

“What happens if their recommendation is for them to take over?,” Gilmore further questioned.

Shea said that they would have to explain how their service would be an upgrade and that the city would not face any obligation to accept a potential bid.

“This seems like a conflict of interest,” Gilmore said.

“They are going to be in that business, or they’re would not going to have that requisite knowledge to do that gap analysis,” Shea said.

“My concern is we’re going to throw out the baby with the bath water. We should try to fix the issues with dispatch. We know they’re understaffed over there. Do they provide that service?,” he asked.

“They would just include that in the gap analysis if one of the gaps is a shortfall in staffing, and we could decide if we want to go forward … with training. Why, for 10 years, have we not been able to close those shortfalls? These same problems have persisted to the detriment of our citizens. Is it solely staffing? Is there some issue with staffing which hasn’t been immediate, which I suspect is the problem,” Shea replied.

Saleh continued by asking if this would be the best possible price, to which Shea said this is the standard state contractor price.

“To be clear, this is Phase 1, and this is basically to highlight any problems we have in the communications department?,” Councilman-at-Large Daniel Rivera asked.

“We know we have the problems. We know we are falling short on the service we want to deliver to our services. We are … asking them why. Get an independent person in here who has no loyalty to anyone and get them to say why we are consistently falling short,” Shea said.

“And all the findings will come back to us, yes?,” Council President Joyce Watterman asked. Shea replied that they would.

Ward B Councilwoman Mira Prinz-Arey asked about the anticipated time frame to do the survey and report their findings, to which Shea said he didn’t want to but a number on it to ensure they do a thorough job.

Additionally, he said they are moving into the police headquarters at Jackson Square currently under construction by the beginning of next year and would likely have to buy new computers for the buildings to help solve the problem.

“So, this is being done in advance of moving into the new building?,” Prinz-Arey asked.

“It would have to be before we buy the technology,” Shea answered.

Watterman also expressed concern that the study could raise the price of technology.

“Director Moody is pretty comfortable she is in the range,” Shea said.

“I remember we did the West District, and they kept asking us for more money, more money,” Watterman said.

“We issued money specifically for this based on initial cost estimates. We put a small contingency in this,” Business Administrator John Metro noted.

Saleh then asked if this initial cost was just for technology.

“Is this just for technology?” Saleh asked.

“Everything, technology, workforce rules, … discipline, how we do better with complaints. It’s to evaluate everything. They’ll be interviewing… everybody,” Shea said.

“I just don’t want them to reverse engineer, like they have the solution in there already, they want of privatization,” Saleh said. Shea replied that it would be a comprehensive analysis.

“They should first look at how they can make the department better. We need to see how we can fix it and cut down the time gap response, which is horrible,” Watterman said.

“If we do get to that point, I want to make sure with our staff that is there that they still have jobs,” Ward A Councilwoman Denise Ridley said.

“To take an option off the table isn’t very good. We want the good, the bad, the ugly,” Shea answered.

He added that when Tomahawk performed an assessment 10 years ago, “their initial suggestion to us was to shut it down if you don’t want to fix it. We want them to throw every suggestion on the table.”

As of this morning, the item isn’t on the agenda for the council’s regular Wednesday night session at 6 p.m. session, which will also stream live on Microsoft Teams.