The Jersey City Council is set to vote on a $169,810,000 subsidy deal with the local redevelopment authority to secure Bayfront bonding payments after setting Wednesday’s agenda at yesterday’s caucus meeting. 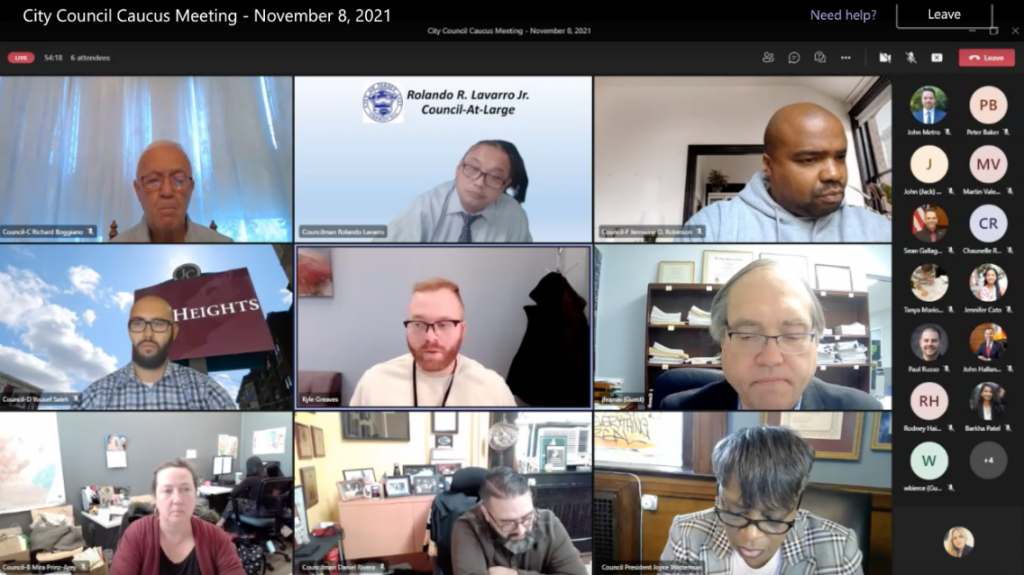 The Bayfront is a massive redevelopment along the Hackensack River in Ward A that calls for 8,100 units of housing, a 340,000-square-foot office space, 450,000 square feet of retail, and 19 acres of parks.

The residential component also comes with 35 percent affordable housing and there will  also be a K-8 school that would have the capacity to hold 400 students.

City Bond Counsel Jim Fearon recalled that just over three years ago, the council approved a $170 million bond ordinance for purchasing the Bayfront property – the site of the old Honeywell plant.

He said the money has gone towards paying Honeywell, cleaning the property of pollution, and demolishing old structures. He also said they should have sold land by now to cover the payments.

“The original expectation is that the land is going to be sold off relatively quickly and that we’re never going to get to a bond issue: that’s still the case,” he noted.

However, he continued that the minimum pay downs are quickly approaching: the first payment for $190,000 is due next month, and a more than $1 million payment is due in January.

“And why haven’t there been land sales? I assume COVID-19,” Fearon asserted.

The payments would be done as part of the deal the city has with the Jersey City Redevelopment Agency (JCRA) to transform Bayfront. He explained that this is a way to get around the upcoming pay down requirements.

“What impact would this have on the city’s credit score, if any?” Ward D Councilman Yousef Saleh asked.

“It should have no impact net because you’re replacing one category of debt with another category of debt,” Fearon said, indicating that they would cancel each other out.

“Do you know if we’ve closed on those two developers that broke ground on the Bayfront?,” inquired Councilman-at-Large Rolando Lavarro, to which Fearon said he didn’t know

Ward A Councilwoman Denise Ridley said she had the information and would provide it to Lavarro.

Lavarro further stated he was interested if the would be used to pay down the debt just make the minimum payment.

“It should be to pay down,” he stated.

“That is the expectation and the plan as I understand it,” Fearon responded.

He explained that they want to use the money to retire debt, but is also an allowance if the JCRA needs money for infrastructure improvements as an alternative to issuing more bonds.

Fearon said they only owe $117 million, which they have spent of the $170 million, authorized.

“You will not get to the $170 [million] unless there are more expenses,” he noted.

Jersey City is working to extend the Hudson-Bergen Light Rail to the Bayfront as part of the plan to redevelop the area. In addition, they are collaborating with NJ Transit to build a new train station there.