The Jersey City Council is set to tentatively vote on the first reading of an ordinance that would nearly double their salaries at next week’s meeting. 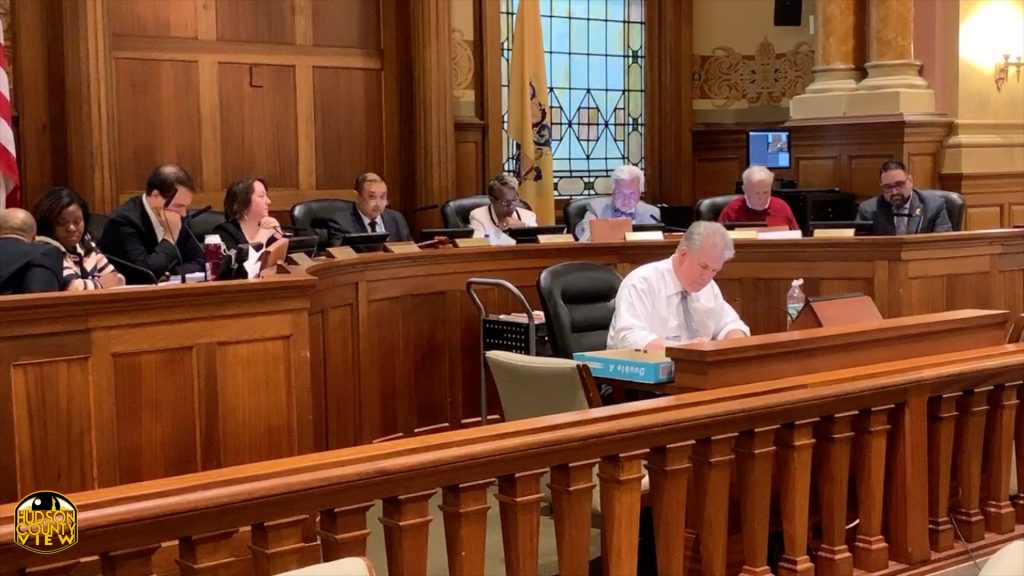 “The City of Jersey City is committed to modernizing its employment practices and policies to be better able to attract competent, engaged and accountable leaders,” a copy of the ordinance says.

“This, in part, requires competitive, market-based compensation for the city’s legislative leadership. Whereas, salary adjustments for Council Members are necessary to ensure the stability of City leadership and necessary to fulfill their statutory roles and responsibilities.”

According to the ordinance, the council president earns an annual salary of $39,391, while the other eight council members are paid $35,298 a year.

If the ordinance is approved, which would require two affirmative votes, the council president would earn $68,354 and the rest of the governing body would take home $65,298 a year.

The changes would pay raises would commence on August 1st, 2019.

According to an email obtained by HCV, the council will meet to set the May 8th agenda at a 3 p.m. meeting tomorrow afternoon.

Even if it makes the initial agenda, the council could still opt to remove it at their caucus meeting on Monday, May 6th, or propose a motion to table it at their public session on May 8th, as they could with any other ordinance.

That same email indicates that Council President Rolando Lavarro is in favor of the ordinance, but it is not clear who would be sponsoring and co-sponsoring the legislation.

It also says that two additional ordinances are being considered to increased municipal pay for judges and department directors.

Last year, Lavarro backed a measure that would have increased the salaries of the council’s aides, as opposed to the city’s directors – as Mayor Steven Fulop proposed.

Jersey City currently caps the salary of the council aides at $15,000 a year, though recent state legislation may change that soon. The council had sought to increase the annual pay of their aides to $32,000.

The move to increase the council salaries has some recent precedent, since the Newark council increased their pay by about 50 percent in February, NJ Advance Media reported.

City spokeswoman Kim Wallace-Scalcione said the mayor still opposes the pay increase and that it’s “extremely selfish” for the council to even be considering this.

“I think most residents would agree with the Mayor – that giving oneself a 100% pay raise is extremely selfish and something we can’t support, especially at a time when we’re facing teacher layoffs in schools, tax increases to residents, a tax revaluation, and many families struggling day to day,” she said.

“This is selfish. All the Council members ran for office knowing the salary up front, so their rationale here is flawed. If someone feels the job isn’t what they signed up for, they can step aside.”

Menendez blisters Trump: ‘This is the most xenophobic administration I’ve ever dealt with’

Hoboken Freeholder Romano ‘pleased and honored’ to be running for mayor