The Jersey City Council is poised to vote on their cannabis ordinance that allows all six types of distributors to operate legally after this morning’s caucus session. 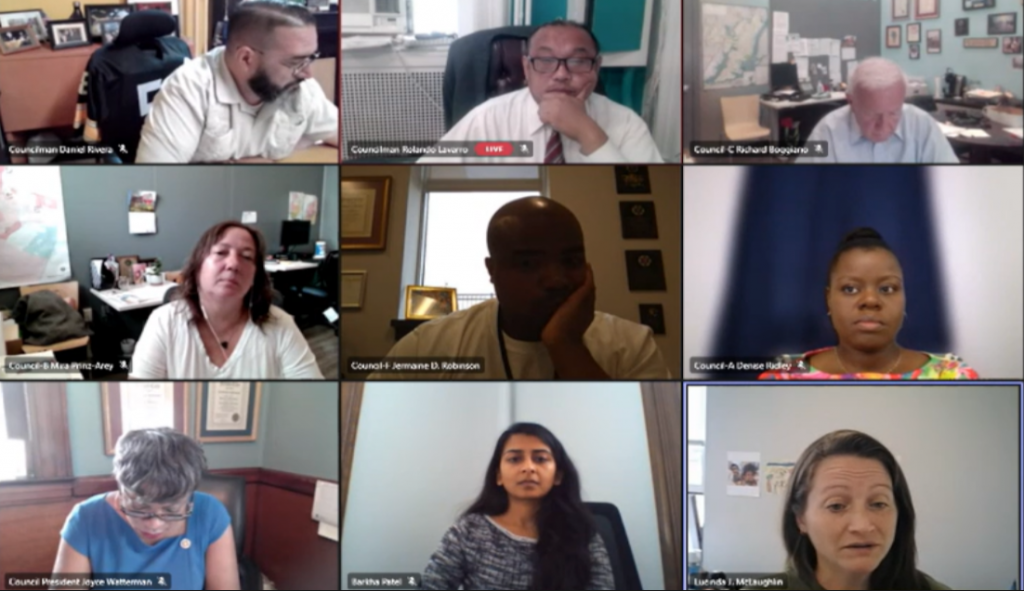 The comprehensive ordinance allows all six types of cannabis licenses of distributors, which are manufacturers, cultivators, wholesalers, delivery services, dispensaries, and dispensary lounges which would be attached to dispensaries.

The Jersey City Planning Board passed a measure in June to allow for consumption lounges and most other options, though ruled out delivery services at the time.

Provisions were included to make the process easier for micro-businesses and social equity applicants to obtain licenses, as the council had agreed upon last month.

The ordinance establishes a three-person Cannabis Control Board that will oversee who will get a license in the city comparable to the Alcoholic Beverage Control board, which regulates liquor licenses.

Councilman-at-Large Rolando Lavarro proposed minor amendments include cutting the fees micro-businesses are mandated to pay in half to reduce barriers to entry to give locals a better chance to participate in the new cannabis industry.

“I’m sure there’s an inclination for folks as they purchase to come right out and possibly light up, just like you probably do with a cigarette or something like that, but it’s prohibited on city streets and sidewalks and parks,” he noted.

Lavarro would also like cannabis dispensary applicants to secure a list of daycare and substance abuse centers from the city’s Department of Health and Human Services so that they their proposed businesses cannot be within within 200 feet of those existing establishments.

Ward F Councilman Jermaine Robinson concurred on the daycares, though felt some leeway should be considered around residential areas.

“I think that [200 feet] is a bit much when you look at trying to make the south side of the city where the micro-businesses and the social equity really takes place. I think 100 feet would be … probably better or more manageable.”

He also said the cannabis consumption lounges would be welcome since people are not allowed to smoke in public or at federal housing projects.

Robinson continued that the annual  business fees are burdensome since cannabis consumption lounges must pay a yearly $25,000, fee along with the annual retail fee of $15,000.

“It’s probably going to handcuff some of the micro-businesses that we’re trying to help. This is definitely something we need to look at to take care of the south side of the city.”

Robinson sought to make it easier for consumption lounges for those in the projects to enjoy and to keep people from smoking on the streets.

“Will those all be substantial changes?,” Robinson asked.

First Assistant Corporation Counsel Nick Strasser said changes to fees can be made, but amending the distances is more difficult since the ordinance already passed the first reading.

However, he explained that changes could be made to the ordinance through floor amendments during the council meeting on Wednesday.

The council will convene again via Microsoft Teams on Wednesday at 6 p.m.

Sources: Bob Menendez, Jr. ‘in the mix’ for a Port Authority...