The Jersey City Council okayed the 1st reading of the planning board’s recommendations for the Morris Canal Manor project in Ward F at last night’s meeting. 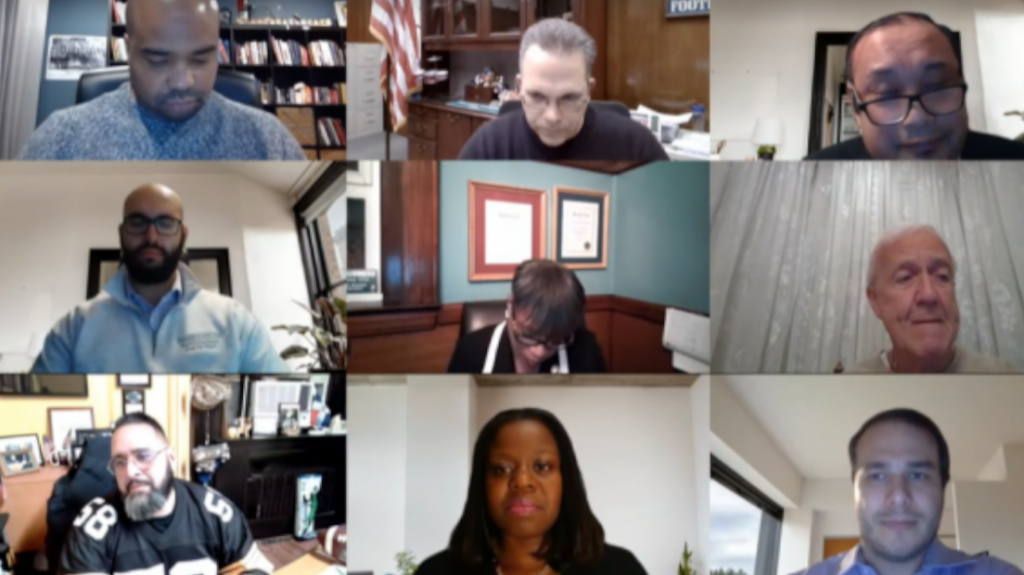 Such a change was recommended unanimously by the city planning board back at their October meeting, which is necessary to rezone the land at 417 Communipaw Ave. for 361-unit high-rise with a 22,00 square foot STEM/rec center.

Councilman-at-Large Rolando Lavarro criticized the lack of affordability, which he said was critical despite the number of amenities being offered.

“The five percent affordable housing requirement … is insufficient given the sort of density and increases that we’re potentially granting with this amendment,” he said.

“Jersey City deserves more than five percent for the kind of density and additional profit we’re providing for the developer.”

Lavarro also claimed that the lowest priced affordable unit in the building would be a studio apartment for $1,348 a month.

He was the only one who voted against the ordinance, which passed 8-1. Lavarro has been consistently criticizing the lack of affordable housing in Jersey City, also recently opposing the inclusionary zoning ordinance that the council approved.

While the project is now well on its way, the council will need to approve it on second reading before it can move ahead any further.

“We have taken almost two years to design and resign our project at 417 Communipaw,” said project developer Lou Mont, the CEO of the Skyline Development Group.

He noted that six public meetings were held to solicit public feedback and many suggestions have been incorporated into the project.

“I hear all the comments Councilman Lavarro made, and I just want to be clear to everyone the idea to open the space as a retail incubator was mine,” Mont said.

He noted he has been working with Ward F Councilman Jermaine Robinson on the details of the project.

“We are giving five percent affordable housing, and with all the community benefits, it’s all that we can afford to do … We’re giving back of almost a total of $25 million,” Mont concluded.

Still, the majority, if not all, of the Morris Canal Community Development Corporation (CDC), still appear opposed to the development.

“I have been consulting as a volunteer to Morris Canal CDC … The project is not acceptable to the neighborhood,” said John Frohling.

Others also noted that a 17-story building will stand out in a community of smaller buildings.

Morris Canal CDC President June Jones exclaimed that Mont did not consult or notify the CDC about the project until after the project was well underway.

“We have been meeting since 1999 and meet every single month … There is something seriously wrong here.”

Mangelin Rivera said that the Planning Board meeting that approved the rezoning was capped at 100 people and therefore many interested parties were not given the opportunity to speak.

“It is customary that the public is granted the opportunity to speak … The community has a lot of reservations about the community benefits,” Rivera added, noting that several issues such as increased traffic remain unaddressed, despite proposed public parking.

On a different topic, an ordinance extending the city’s rent freeze and prohibiting late payment penalties until March 15th, 2021 to help residents cope with the financial impact of COVID-19 passed unanimously (9-0).

However, it exempts those in owner-occupied homes with two to four housing units.

“Thank you to [Ward E] Councilman [James] Solomon for starting this. We are hopefully turning the corner here,” Lavarro said.