Members of the Jersey City Council voiced concerns about installing 72 new 5G utility poles ahead of a second reading on Wednesday, with one elected official voicing concerns after hearing that the “amount of radiation coming from the poles was unbelievable.” 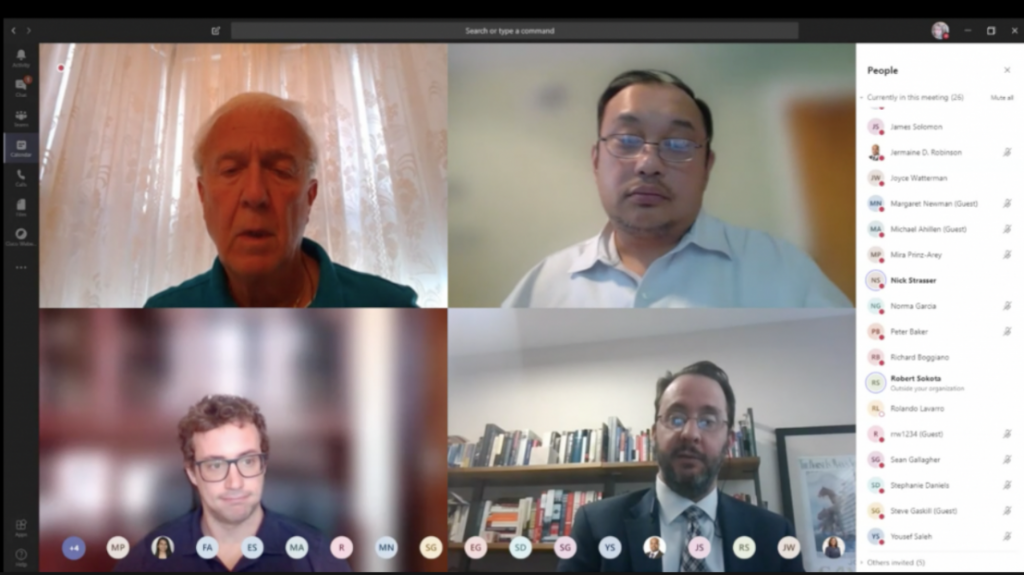 “I want to know about radiation, it was on Facebook: there was a big thing on Facebook about it, warning people about the radiation from these poles,” Ward C Council Rich Boggiano said during the Jersey City Council caucus meeting hosted on Microsoft Teams today.

According to one of the world’s biggest manufacturer’s of 5G wireless equipment, Qualcomm, the new technology “enables a new kind of network that is designed to connect virtually everyone and everything together including machines, objects, and devices.”

Furthermore, he stated that the type of equipment that the company is looking to install is much smaller than the typical cell phone towers that are often seen off roadways disguised as trees.

“The radio size, the power on the radio on the deployment that we’re proposing is about five watts. That’s probably comparable with the WiFi receivers that many of you are using for the current meeting,” said Sokota.

In return, Boggiano asked, “You’re guaranteeing me and the people of Jersey City that there is no radiation coming from these poles?

“There’s no more emission from this pole … like I said than there would be from your WiFi router,” Sokota replied.

Boggiano continued to ask Sokota questions related to the deployment of the new technology.

For example, he said he’s heard from several residents on Trenton Street in Ward C that ZenFi employees have spray painted sidewalks to designate locations for installation.

“Don’t go around in front of people’s houses and putting in these poles,” exclaimed Boggiano.

Sokota replied that the company agreed to provisions in the agreement with the city that it would send out notices to local residents before installing new equipment and/or new poles.

“In response to concerns raised by the council, we’ve agreed to ensure that notices go out with respect to the installations … we’ve got a copy of a notice that PSE&G uses and we would use a similar notice to make sure that everyone is aware of what is going on,” stated Sokota.

“I’m just warning you that if I get complaints from people … I want to make sure that their rights are protected,” Boggiano responded.

Still, Boggiano wondered why the equipment couldn’t be installed on current utility poles.

Sokota noted that some portion of the deployment will happen on existing poles, but the major hurdle is that many of the existing poles in the field are burdened by PSE&G electrical equipment that makes the utilization of the pole from a small cell perspective impossible.

“Also, you want to make sure when you do a deployment [of new poles] that you’re enhancing and improving the service to customers,” he added.

According to the ordinance, the work calls for the installation of 72 new poles, though that could increase based on conditions in the field.

Boggiano was joined by fellow councilmen, Jermaine Robinson, of Ward F, and newly appointed Ward D Councilman Yousef Saleh, in weighing in on the issue.

Robinson asked Sokota if the company has any pending litigation against it, to which Sokota said there are none.

“I’m not aware of any lawsuits, frankly, in the state of New Jersey pending against providers, but I certainly know for a fact that there are no lawsuits against us.”

Saleh wanted to know who would be responsible for the equipment should it become damaged due to inclement weather.

“If the pole went down and it had only our fiber optic cable on it but the pole belonged to Verizon, then Verizon would be responsible … and we would follow up with the responsibility to reattach our fiber to the pole,” Sokota said.

According to the draft ordinance, ZenFi would pay the city $750 for each utility poll they installed.

The council was initially scheduled to vote on the first reading of the measure at their April 15th meeting, but was pulled after Council President Joyce Watterman, Ward A Councilwoman Denise Ridley, and Boggiano voiced concerns.