The Jersey City Council discussed an ordinance that would push for more businesses owned by minorities, women, veterans, disabled, and LGBTQ as vendors during yesterday’s caucus meeting. 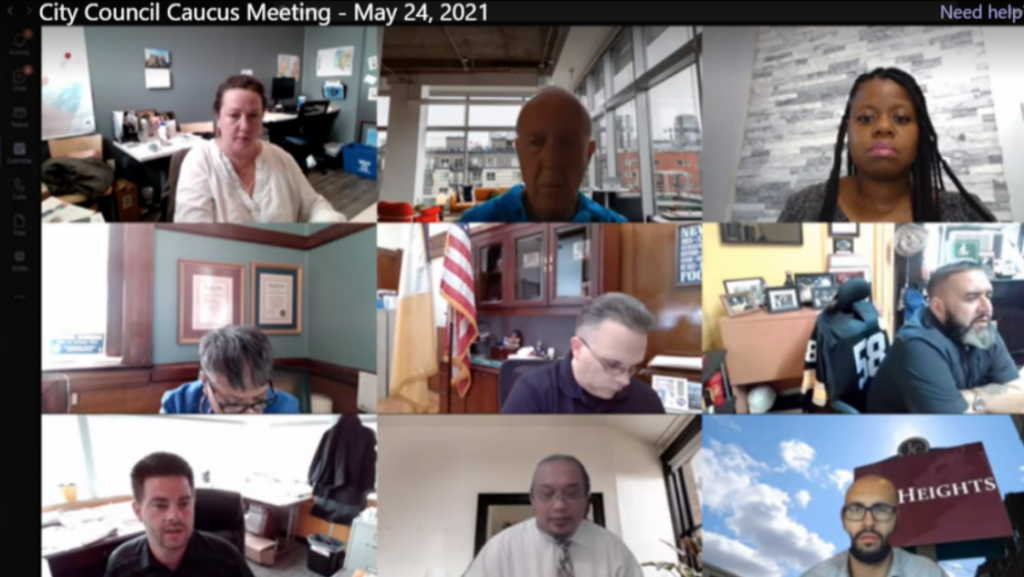 “How did you arrive at your goals?,” Councilman-at-Large Rolando Lavarro asked Chief Officer of the Office of Diversity and Inclusion Soraya Hebron.

She said that currently a minimum of 20 percent of contracts are supposed to go to minority contractors and 5 percent to women vendors, noting that they recently conducted a 244-page purchasing disparities study.

“Is there a report that shows the current allocations that we have toward each demographic that’s viewable?,” inquired Ward D Councilman Yousef Saleh.

Hebron said they’re working on making a digital report available to the council first and then the public at a later date.

“How do we ensure that we meet these goals are met, and if we don’t, what happens at that point?,” Ward E Councilman James Solomon questioned.

“If a department doesn’t seem like they’re making a good faith effort … it’s handled like someone isn’t doing their job,” Hebron noted.

When Saleh followed up by asking if each department will have to report all of their bids and which contracts will be allocated to minority-owned businesses and the like.

“Our department does keep track of the dollars spent that tell us they are women and minority-owned. But our financial system does not allow us to get that specific and granular,” Hebron said, noting that they’re working to improve their software to have better tracking.

From there, Lavarro inquired as to the nature of the bidding process and Hebron explained contracts under a certain amount of money are not mandated by an ordinance to be diverse.

“I’m not necessarily proposing that we lower the threshold … what I’m suggesting is, can the set-aside be applied to informal situations?,” Lavarro clarified.

“It has been done from a policy standpoint. It just hasn’t been put in an ordinance,” Hebron said.

That prompted Council President Joyce Watterman to ask Corporation Counsel Peter Baker if there would be any issues with developing such an ordinance.

“I’ll take a look to see if there any issues,” Baker replied.

Lavarro noted that there are four contracts on the agenda, all under $91,000, that could potentially go to minority- or women-owned businesses.

In response, Hebron said she spends a lot of time asking departments if they have solicited minority businesses.

“We have to find a mechanism to put in place so everyone will know that this something that they have to do. You shouldn’t have to go around and keep policing everybody,” Watterman stated.

”This is the first step, but we really have to do a little more because we just don’t want to say we’re doing a set-aside and there’s no enforcement, there’s nothing to incentive our directors.”

The Jersey City Council will convene for their regular meeting tomorrow at 6 p.m. via Microsoft Teams.