The Jersey City Council defeated a motion by a tally of 6-3 to add Councilman-at-Large Rolando Lavarro’s Inclusionary Zoning Ordinance resolution to their agenda which would’ve referred the 20 percent affordable housing effort to the planning board. 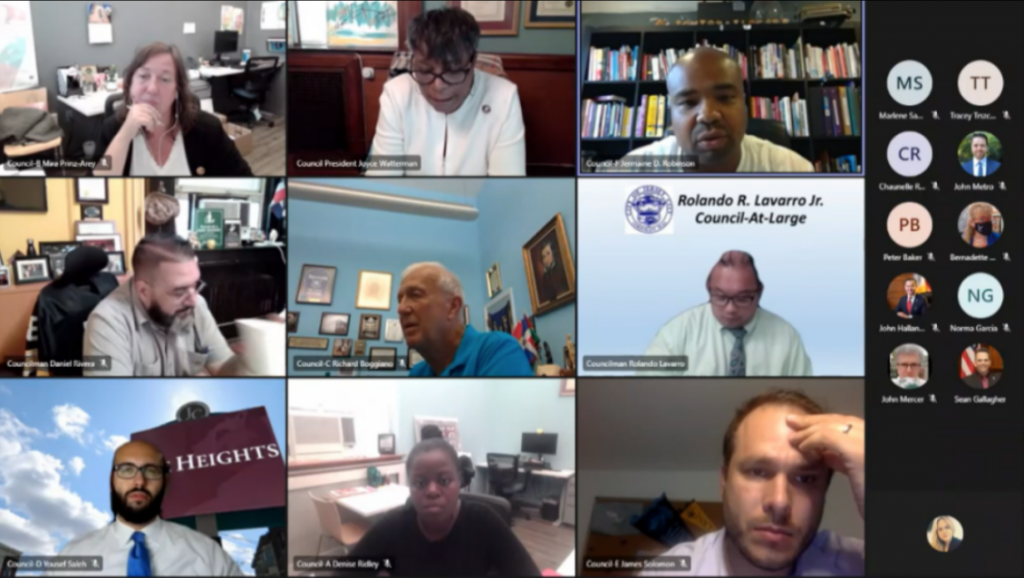 “I introduced this resolution,” Lavarro began explaining that the council voted 7-2 in favor of IZO in October, which was successfully challenged in court and struck down last month.

“The court struck that down, the Fair Share Housing Center was the plaintiff, along with  New Jersey Appleseed, in litigating that and argued that was an illegal quid pro quo, trading away, hose trading, affordable units for New Jersey residents for developers for other benefits.”

He also noted that the ruling determined the city did not follow proper procedure by first referring the matter to the planning board.

While the resolution was ready last month, Lavarro agreed to pull it to have a dialogue with Mayor Steven Fulop and his administration, to the dismay of some housing advocates.

The councilman pointed out the resolution was on the agenda at the August 18th meeting before being introduced again 10 days before last night’s council meeting, despite not being added at Tuesday’s caucus.

He further stated that there were multiple resolutions submitted and entered into the system after his was.

Lavarro added that he will reintroduce the resolution, which includes no affordable housing exemptions of buyouts, in time for the next council meeting.

Council President Joyce Watterman said a new IZO is on it’s way, noting that Fair Share Housing Center will review the ordinance and see where it can be strengthened.

“I know that there will be a meeting Monday with Fair Share Housing and our planning board division to make sure we get affordable housing,” she stated.

After voting no, she said it has been agreed that the Planning Board needs to be part of the process.

“It’s not even going to come to us first, so that’s clear. They are working on it. I’m not trying to make this a political thing because they do know we want this sooner than later.”

Ward F Councilman Jermaine Robinson agreed that progress has been made and that this initiative should remain a top priority.

“The Fair Sharing Housing people agreed that all affordable housing shouldn’t be on the south side. That’s what why we call it fair share. We should get to this as soon as possible,” he said.

Robinson noted over 1,500 units in affordable housing units have been built in Ward F in the last four years and therefore believes in the cause.

He also said that the FSHC is already working with the Planning Board before voting no.

Ward A Councilwoman Denise Ridley, Ward C Councilman Rich Boggiano, and Ward D Councilman Yousef Saleh all were under the impression this was a late agenda item and did not want to vote on it without having a chance to meet with the relevant stakeholders.

The vote was over quickly, less than 20 minutes into the over two hour meeting.

During public comment, Elise Nussbaum, a Heights resident, spoke in favor of Lavarro’s efforts, referencing a controversial developer-led community meeting from a few weeks ago.

“A lot of people there expressed concern about affordable housing, and the developer’s answer was ‘well, that’s not required,’ she recalled.

Resident Ray Schwartz expressed dismay about gentrification of the city during his remarks, citing that as the prime example why a strong IZO is needed.

“I am in support of Lavarro’s 20 percent, no givebacks at all. I think we all need that. This city, I believe, has been gentrifying too fast,” Ray Schwartz said.

“The developers don’t care, and I wish the council would move quickly on that. I am chagrined that has not happened. The sooner, the better because time is of the essence.”

“I’m extremely disappointed to see that the ordinance that Councilman Lavarro introduced couldn’t get on to the agenda. How can you claim you care about affordable housing and keep kicking the can on any move that moves towards an ordinance that actually works,” she said.

“I was at that community meeting a couple of weeks ago, and the developer scoffed at the idea of providing affordable housing because he said it’s not required.”

Furthermore, resident Stacey Moore said she was “actually ashamed” Fulop supported the previous IZO, exclaiming that “we cannot succumb and sell the soul of Jersey City to developers with dollars signs in their eyes and hearts.”

“Gentrification is the cancer that is killing, little by little, the diversity that we have in Jersey City,” he exclaimed.