Assemblywoman Angela McKnight (D-31) says that she stands with the four congresswomen targeted by President Donald Trump (R) in light of a controversial Twitter exchange earlier this month where he told them to “go back” to their home countries. 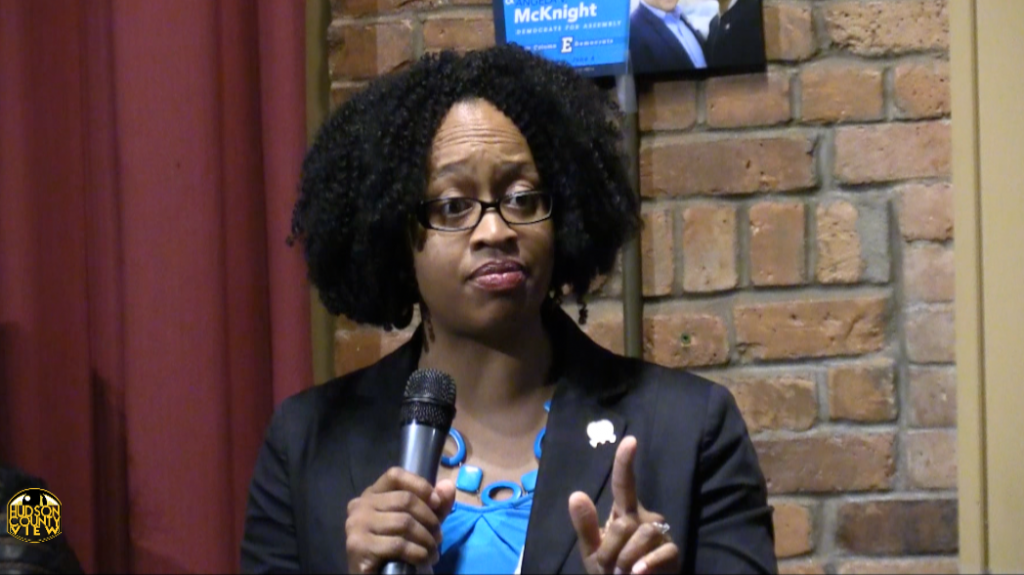 “The rhetoric used against our Congressional sisters, Alexandria Ocasio-Cortez, Rashida Tlaib, Ilhan Omar and Ayanna Pressley, only fuels the agenda of people who do not want to see our country progress,” McKnight said in a statement this afternoon.

“Insult after insult has been spewed to discredit the work they have done and were elected to do. We cannot be distracted, and must continue to fight for our Democratic ideals and support those in office making change.”

McKnight, whose legislative district includes about half of Jersey City and all of Bayonne, said that she never takes “the beacon of hope” symbolized through the Statue of Liberty for granted and called each congressional rep “an inspiration to me and many others.”

In a series of tweets posted on July 14th, Trump took aim at “progressive Democrat congresswomen, who originally came from countries whose government are a complete and total catastrophe.”

The president also wrote that they should “go back and help fix the totally broken and crime infested places from which they came.”

While all four congresswomen responded at length at a press conference the following day, Ocasio-Cortez first fired back at length on Twitter, exclaiming that they offer a positive vision for this country and that Trump can’t stand the fact that they aren’t afraid of him.

After Murphy ‘reiterates that golf courses are closed,’ Skyway decides to shut down