The Jersey City Council is considering bumping their salaries from $60,000 to $85,000, according to the first reading of an ordinance that will be on Thursday’s agenda. 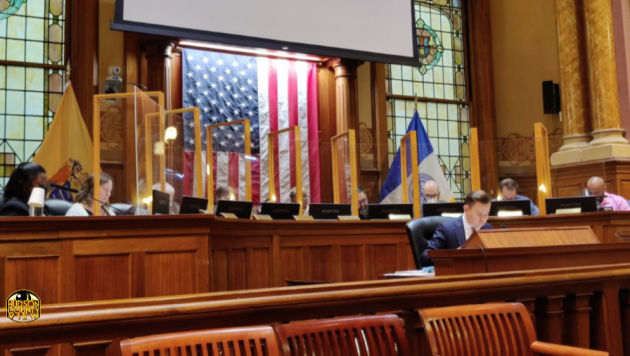 The amendment didn’t lead to any discussion among electeds at today’s caucus meeting, but the local legislation, which would also boost the council president’s salary to $90,000, comes about two-and-a-half years after their last increase.

That ordinance also increased Mayor Steven Fulop’s annual base salary of $109,00 to $176,127 as of January 1st of this year, in line with the yearly compensation of Hudson County Executive Tom DeGise.

Ward E Councilman James Solomon, who co-sponsored the measure to add more aides along with Council President Joyce Watterman, said that while serving on the council is a full-time job, raises like the one proposed should be phased in over time.

“I believe council should be full-time and compensated fairly. I believe the raises should be sequenced over time as opposed to all at once, and will continue discussions with my colleagues on the ordinance,” he told HCV.

Several other council members did not return inquiries seeking comment on Tuesday evening.

RPA: Partial Hudson River Rail Tunnel shutdown would cause $16B in...