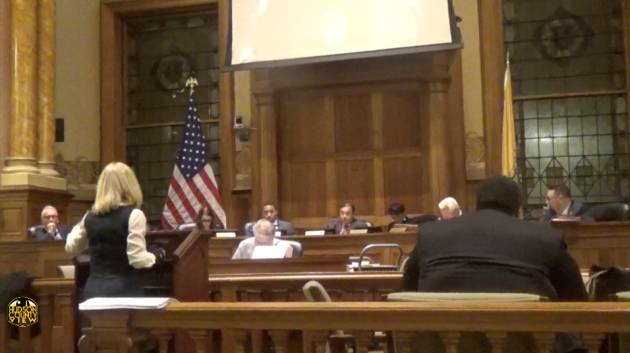 NJCU is leasing its western campus to private developers for 50 years to gain revenue for a new performance art building containing an exponential amount of resources for the public and the university’s students, according to NJCU President Sue Henderson, who spoke in front of the council Wednesday evening.

Ward D Councilman Michael Yun, who voted no, said he initially supported the project to keep new students debt free, but has since changed his stance since learning new information.

“This first time you were here, I supported you 100% because you mentioned that anyone who graduated from NJCU [will remain] debt free,” Yun told Henderson.

In Yun’s second breath, he added that tax breaks are not necessary for developers who intend to gain a profit from Jersey City’s property demand.

“I’m not against the project, I’m against the financial agreement, which we need to talk about how much they’re going to contribute to the city of Jersey City,” said Yun, who expressed concerned about career opportunities for Jersey City residents.

“If the financial agreement does not protect the people of Jersey City, then I have to say no.”

Henderson further stated that private development on campus would allow the construction of an academic building without raising tuition at the expense of students and taxpayers.

The expansion will eventually also include a grocery store, gym, and a 146-car parking garage.

Council members who voted in favor agreed with Henderson that the benefits far outweighed the negatives.

Even though Osborne highlighted the lack of conversation on the debt free premise during the meeting, she acknowledged the project should be helpful to those with limited means to pay for a college tuition.

The council voted on two abatements: the first was two buildings planned for Carbon Place that will contain 152 units. Then, located between Route 440 and West Side Avenue, the second building will house an additional 139 units.

LETTER: In light of Katie Brennan case, time to ‘dismantle the...