Jersey City Board of Education President Lorenzo Richardson is appealing his censure from the New Jersey School Ethics Commission after they ruled he improperly filed legal action against his colleagues on the school board. 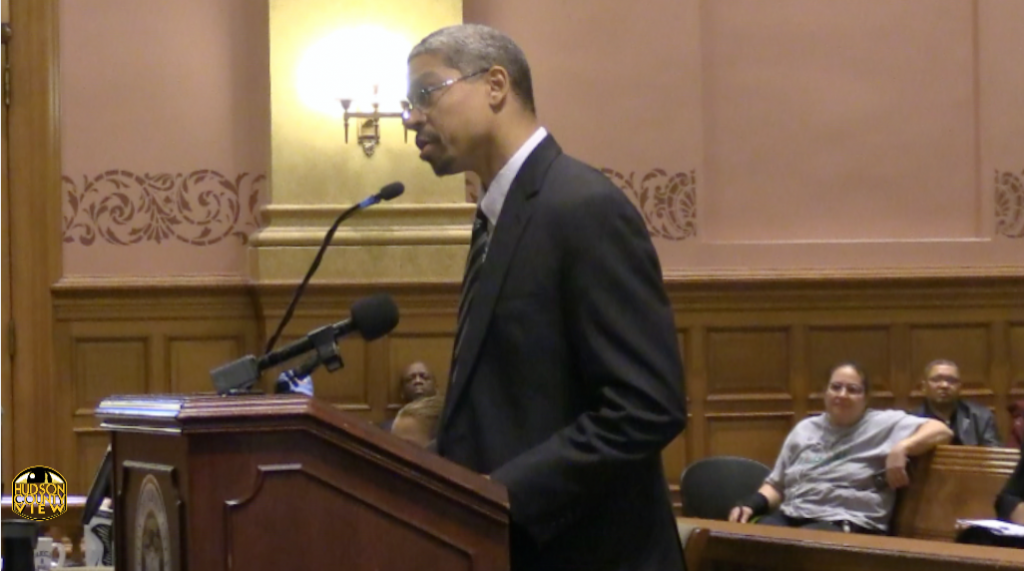 New Jersey Department of Education spokesman Mike Yaple confirmed that the appeal was underway, but declined to comment further since the case is pending.

“This is a legal decision pending before the [Department of Education] Commissioner, so it wouldn’t be appropriate for the Department to publicly comment on the matter,” he said in an email.

According to the NJ DOE guidelines, the commissioner of education typically makes decisions within 45 days of an appeal unless the person appealing requests an extension.

Richardson received a censure from the NJ SEC in November, two months after an administrative law judge recommended a reprimand, for filing a petition against then-Board President Vidya Gangadin and former Board Counsel Ramon Rivera over the contract of Dr. Marcia Lyles – the superintendent of schools at the time.

Lyles’ contract was automatically renewed at the end of 2015 due to a provision in her contract and Richardson led the charge in trying to have the board take a vote on the matter.

This resulted in ex-Trustee Matthew Schapiro filing an ethics complaint against him in June 2016.

When asked about the decision being appealed, Schapiro said this was just the latest in Richardson and his allies on the school board trying to avoid being held accountable.

“President Richardson and his board allies Sudhan Thomas, Marilyn Roman, Gerald Lyons, and Joan Terrell-Paige will do anything to avoid accountability for the destruction they have caused to the Jersey City Public Schools,” he said.

Both Richardson and a spokeswoman for the district, respectively, did not return emails seeking comment.