Liberty Humane Society, the Jersey City-based non-profit animal shelter, is seeking the public’s help to identify a man who was “acting erratically” and smashed their front door window with a rock early this morning. 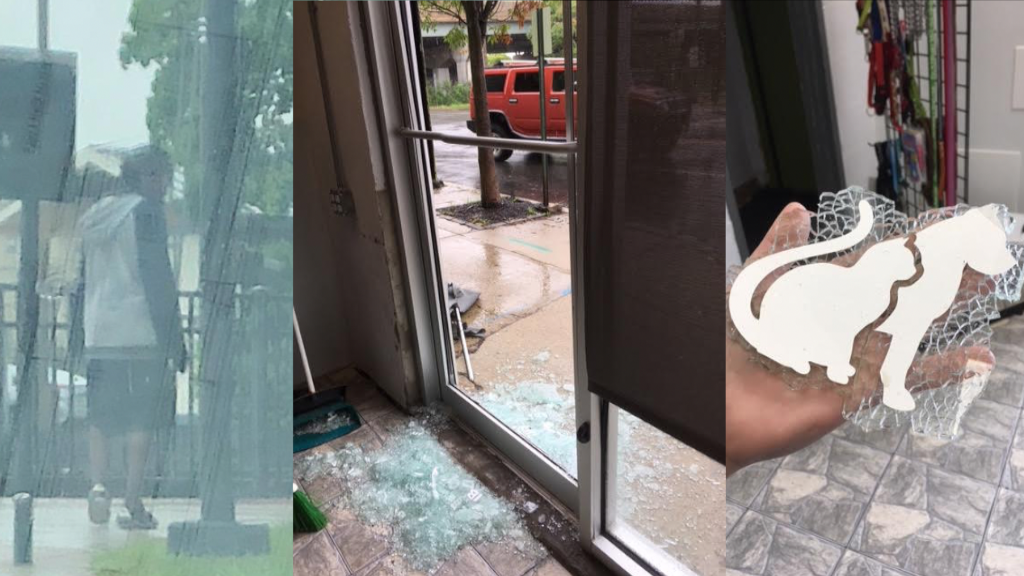 “Today at 11:55am a man acting erratically smashed the front door of Liberty Humane Society with a rock, ran into the lobby, and threw an injured cat in a box at a staff member,” the organization said in a statement released this afternoon.

“Moments before the man had tried to force his way into a back office, but was stopped by a staff member who suspected he was under the influence of drugs and called the police.”

The man then fled on foot to the Liberty State Park Light Rail stop, where he ran along the train tracks to avoid being followed. The cat was rushed to a veterinarian, but was too severely ill to be saved.

According to LHS staff, the man is African American, approximately five-foot three of five-foot four inches tall, has shoulder-length dreadlocks and was wearing grey hoodie with navy sleeves, black shorts and black sneakers.

The organization has filed an OPRA request with NJ Transit for video footage of the Light Rail stop and are encouraging members of the public with any information to call 201-547-4888 or make a report on their website.

“Animal welfare can unfortunately be contentious. We are so grateful to our donors and supporters who rally behind us during difficult times and enable us to continue our work for local animals in need. We continue on!,” said LHS Executive Director Irene Borngraeber.

Anyone interested in making a donation to LHS’ â€œFix-It Fundâ€ to replace the door can do so here.