The International Union of Operating Engineers Local 825, as they did four years ago, are backing Hoboken Mayor Ravi Bhalla for re-election. 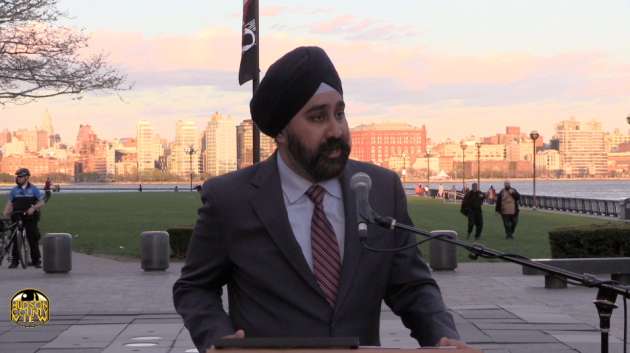 “Even before the pandemic struck, Mayor Bhalla had proven his ability to be an effective municipal leader,” IUOE Local 825 Business Manager Greg Lalevee.

“From tackling some of Hoboken’s toughest infrastructure needs like Washington Street, to putting local residents to work and then keeping them safe as COVID-19 surged – Ravi has excelled at every challenge put in front of him.The hard-working men and women of Local 825 have a true partner and champion with Mayor Ravi Bhalla in office and we are proud to support him for re-election.”

While it’s still relatively early, with a November 2nd election still about seven months away, the landscape today has a far different look than 2017’s six-way contest with Bhalla already notching the endorsements of 32BJ SEIU and two different Latino groups despite currently running unopposed.

During the last election cycle, Stronger Foundations, the super PAC arm of Local 825, spent $70,520 on polling and media on Bhalla’s campaign.

2nd Ward Councilwoman Tiffanie Fisher, who has previously ruled out challenging Bhalla this year, said she supports union labor, but is against super PACs getting involved in local races.

“I fully support union labor but when their involvement in our local elections becomes a deciding factor, it is troubling and begs the question – what is the quid pro quo? This union in particular spent over $70,000 via their PAC Stronger Foundations on behalf of then Councilman Bhalla in the final two weeks of the 2017 mayoral campaign,” she said this afternoon.

Additionally, Fisher sponsored a resolution last week asking for the offices of the New Jersey Attorney General and the Hudson County Prosecutor’s Office to investigate a racist midnight flyer from 2017.

She also indicated that all parties involved in the race should be a part of this continued probe, including Local 825/Stronger Foundations.

” … Just like anyone else heavily invested in that race, they should face further questioning as part of the continued investigations of the racist campaign flyer that devastated our community that year.”

“The fact that Councilwoman Fisher says that she supports union labor at all levels and then launches an unfounded and evidence-free attack on  the Operating Engineers Local 825 in the same statement speaks for itself.”

Editor’s note: This story has been updated with a comment from Mayor Ravi Bhalla spokesman Rob Horowitz.