The leadership of the Hoboken City Council, President Ruben Ramos and Vice President Jen Giattino, are continuing to go after Mayor Ravi Bhalla hard for his new of counsel position.Â 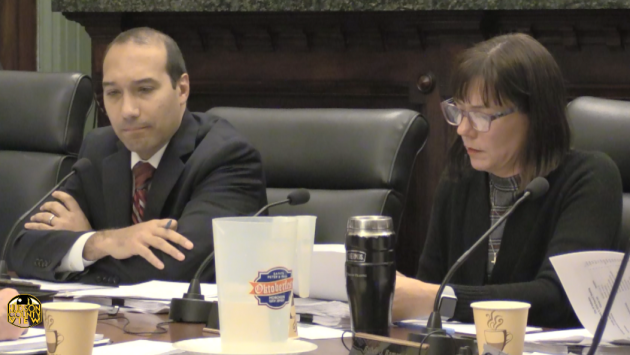 “Mayor Bhalla is breaking the traditional norms of the Mayorâ€™s office the same way President Trump is doing to the Presidency. We donâ€™t know the financial interests of Trump Organization and we wonâ€™t have a clear understanding about what clients Mayor Bhalla is referring to his new firm,” Ramos said in a text message.

Calling Bhalla’s new of counsel position “a blatant disregard for the stewardship,” Ramos took the gloves off when questioning if the job is a no-show if it really won’t interfere with the mayorship.

“So it’s basically a 60K no show job..the only thing that’s missing is Solomon Dwek and the FedEx envelope.”

Dwek was of course the notorious FBI informant who was pivotal in getting dozens of public officials indicted by the U.S. Attorney’s Office in Operation Bid Rig in 2009.

The scandal took down ex-Hoboken Mayor Peter Cammarano just one month into his first term.

In an email blast that went out yesterday, Bhalla defended his new of counsel position at the high-powered law firmÂ Lavery, Selvaggi, Abromitis & Cohen, D.C., stating it isn’t a second job and he is fully committed to the people of Hoboken.

“Let me be clear: I only have one job: Mayor of Hoboken. My affiliation with this firm is not a ‘second job’ or a ‘side job’ or anything else that would interfere as my duties as your Mayor,” he wrote.

“Naturally, some are trying to take advantage of confusion to manufacture a controversy about me having another job.”

Bhalla voluntarily released the details of the agreement last week: as Hudson County View Â first reported, he will earn a salary of $60,000 a year and will have the potential to earn an uncapped amount of revenue for referring new clients.

Meanwhile, Giattino, who felt the wrath of Bhalla and his supporters during the November mayoral contest for being a Republican (she has has since switched to the Democratic party), is not impressed with at least one of the mayor’s new colleagues.

“He also promised to stand up to President Trump in particular, and hatred in general. Yet when choosing which law firm to lend his name to, he chose Lavery, Selvaggi, Abromitis & Cohen,” she began in a statement.

“A Republican firm, previously known as Courter, Kobert and Cohen. Yet the Courter is the same Jim Courter who stated “An avowed homosexual should be screened so that they do not affect negatively impressionable youth.’ Jim Courter continues to work for the firm as ‘Of Counselâ€™ the same title as Mayor Bhalla.”

Courter, a former Republican Congressman and gubernatorial candidate, made those remarks back in September 1989, according to a report by The New York Times.

Rob Horowitz, a spokesman for Bhalla, told Hudson County View it’s time for the council to move on from the mayoral race and govern.

“Mayor Bhalla went the extra mile and publicly released his of counsel agreement – something he was not required to do. His council opponents responded by launching weak attacks with no substance,” he said over the phone.

“Itâ€™s time for the council to put the election behind them and start doing the peopleâ€™s business.â€

“There is nothing in this arrangement that interferes with his full-time commitment to Hoboken,” Horowitz reiterated.