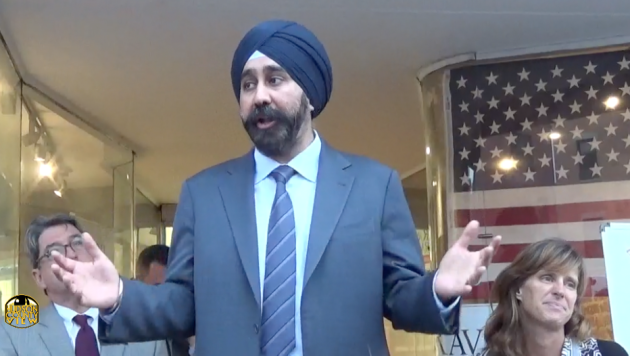 “One of the largest untapped assets of Hoboken is the intellectual capital of its residents. I encourage interested residents to participate in this process so our Transition Team can provide the kind of quality recommendations that will better enable us to hit the ground running,” Bhalla said in a statement.

“I appreciate the participation of so many of my fellow mayoral candidates. This demonstrates unity in our common interests as a community, and promotes effective governance.”

The transition team will be chaired by Phil Cohen, a zoning board commissioner and vice chair of the local Democratic committee.

Additionally, the transition leadership includes four of the other candidates in this year’s mayoral election and two new council members – who will serve as chairs of key policy committees.

Noticeably absent from the team is Council President Jen Giattino, who a Bhalla spokesman said declined an invitation to chair the constituent services committee. Giattino did not immediately respond to a text message seeking comment.

Each committee chair will prepare at least three substantive recommendations for implementation in 2018 and Bhalla encourages any Hoboken residents that are interested in joining the transition team and serving on one of the transition committees to send an email to Cohen at philiphcohen@gmail.com.

Based on the recommendations of the committee chairs, the transition team will assemble a report to be considered by Mayor-elect Bhalla and the members of his Administration.

The committees with their respective chairs are as follows: