A Hoboken resident and supporter of Mayor Ravi Bhalla has filed an ethics complaint against 1st Ward Councilman Mike DeFusco, alleging a conflict of interest with a developer who donated to him and has project in front of the local planning board. 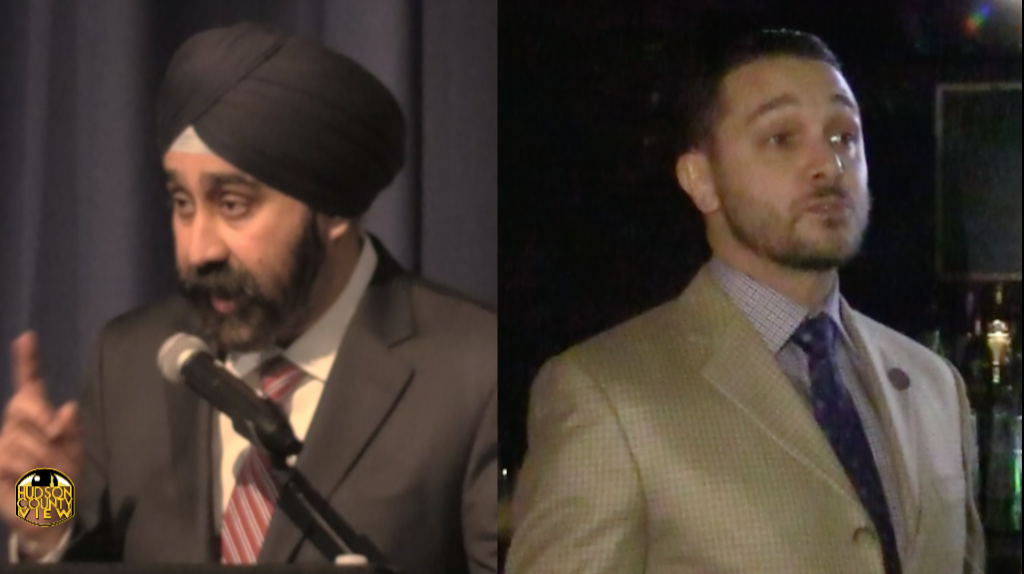 The complaint, filed with the state Local Finance Board on August 1st by Mike Donnelly, claims that DeFusco introduced local legislation that would specifically benefit developer Michael Ranuro, who owned Biggie’s Clam Bar and donated $1,200 to DeFusco late last year.

“Mr. Ranuro represented in his application for for a variance that the increased lot coverage would be used for the installation of stairs as part of the fire escape,” Donnelly writes, noting that city council approved an ordinance on July 11th that would allow developers to expand lot coverage beyond the 60 percent that is currently permissable.

That ordinance, introduced by DeFusco and 2nd Ward Councilwoman Tiffanie Fisher, says that ” … fire escape or fire stair of any kind that exceeds the minimum size requirements set forth in FTO-3 or the IBC and/or UCC as applicable, and a rear egress stair that exceeds three feet in wide shall not be exempt and shall count as lot coverage.”

Bhalla ended up vetoing that ordinance though, since it would allow developers to build larger buildings “at the expense of Hoboken’s charm and character.”

Donnelly, who got into a heated dialogue with DeFusco at last week’s council meeting shortly after he spoke about a vote related to an ethics complaint concerning Bhalla, continued that the ordinance was clear collusion between the councilman and Ranuro.

“By virtue of Councilman DeFusco’s B-40 Ordinance, the need for Mr. Ranuro’s application for a variance was obviated because he would, as a matter of right, be allowed to extend lot coverage to accommodate the installation of stairs.”

Many in Hoboken have referred to the local legislation as the doughnut ordinance, since in an overview shot of the Mile Square City’s residential blocks, the buildings encircle the block and the rear yards have open space in their middle portion.

Dating back to 2013, the zoning board of adjustment asked that the city consider permitting an increase in building coverage for the addition of fire escapes/rear decks.

In response to the complaint, DeFusco was quick to remind everyone that Bhalla was recently censured by the NJ Supreme Court and therefore he and his supporters didn’t have a leg to stand on when it comes to ethics.

“Being lectured by the mayor censured by the NJ Supreme Court for ethics violations is humorous, like I’m living in an upside down world,” he told HCV.

“It’s unsurprising that after Ravi Bhalla lied to corporation council and has spent 10k in taxpayer funds appealing his ethics violation for voting on a business partner’s contract, an abandonment of public trust that caused the council to cut his legal funding, he has lashed back at me for speaking the truth against his ethically challenged administration.”

Referring to Donnelly as a “political attack dog connected to the mayor,” DeFusco also said he’s confident that the complaint will end up being dismissed.

In a mass email sent out earlier today, Bhalla continued to press the issue, exclaiming that “Mike DeFusco chose to violate the public trust and place the special interests of developers and his donors above of the best interests of our City.”

In the same email, Bhalla also noted that the ordinance goes against the spirit of the Master Plan, according to a letter from George Wheattle Williams of NiShuane Group, LLC.

Both elected officials also traded barbs on Twitter earlier today, yet another indicator that the ongoing bad blood lingering from the November mayoral race won’t be dissipating any time soon.

Why did @RaviBhalla edit the headline and content of a news article by @terrencemcd, changing the meaning and skirting objective reporting, before sending it in a mass email to his supporters? Who needs journalism based on facts, right @realDonaldTrump? #Hoboken

Eminent domain for CarePoint hospitals underway as fight between BMC, HRH heats up