Despite some inclement weather, the City of Bayonne celebrated their 35th annual National Night Out by trying to strengthen neighborhood unity and police-community partnerships last night.Â 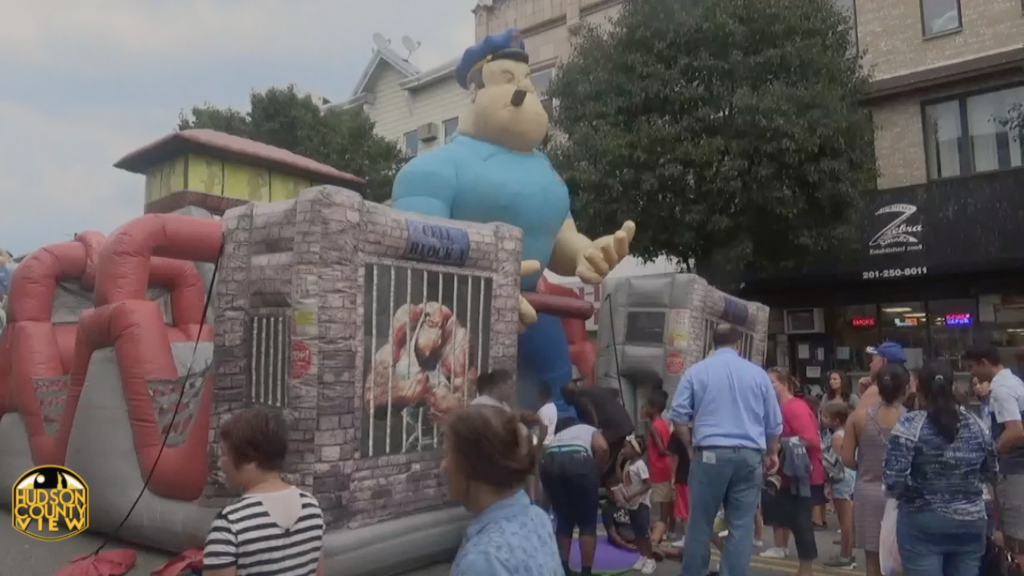 Hundreds of community members and leaders came together in a more informal, yet still family friendly setting during this year’sÂ event, which was hosted on Broadway between 21st Street and 23rd Streets from about 5:00 p.m. until 9:00 p.m.

Participating agencies who organized the event were the Bayonne Police Department and the Bayonne Urban Enterprise Zone/Special Improvement District.

New Bayonne Police Chief, Robert Geisler, who recently replaced Drew Sisk, said National Night Out gives a chance to “establish a [lasting] relationship between the police department and the community so in the future [they can] work together and build a stronger relationship.”

Various public safety agencies including, Luxe Auto, McCabe Ambulance, the Hudson County Sheriff’s Office and the Fire Department displayed their vehicles to educate the community in a lighthearted space.

Additionally, several non-profit organizations participated, while local private sectors within the city helped sponsor the community occasion that has grown extensively over the years.

â€œNational Night Out is a great event that promotes safer neighborhoods and police-community partnerships across America. I would like to invite the people of Bayonne to join with the Bayonne Police Department on National Night Out, and to work with the police against crime throughout the year,â€ Mayor Jimmy Davis said in a statement issued last week.

LETTER: ‘Local governments should allow ICE to do their job and...