The Hudson County Board of Chosen Freeholders approved an ordinance that will scale back the time each individual is allowed to speak during the public portion of their meetings from 15 minutes to five minutes. 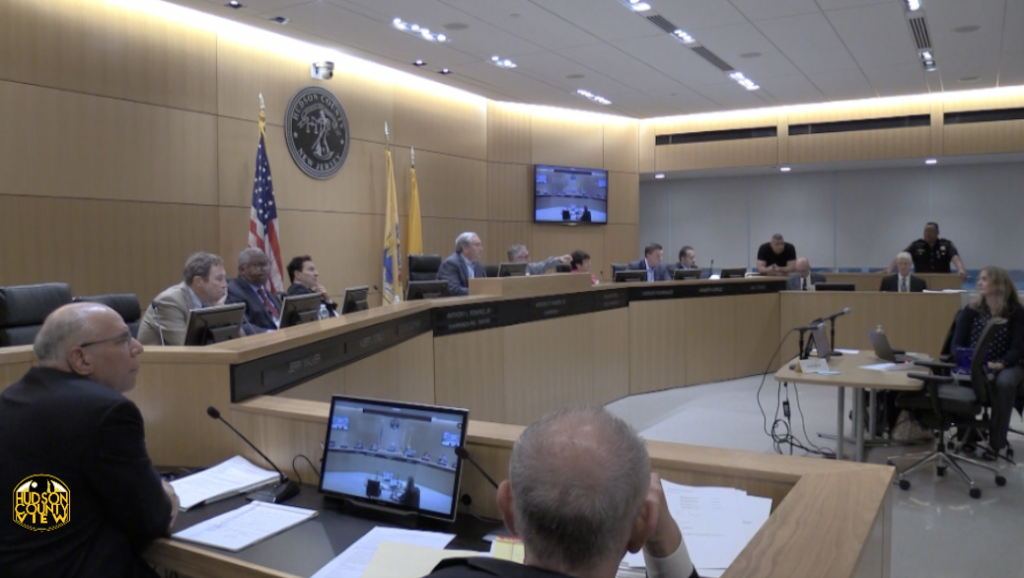 “I had prepared some remarks for last month’s meeting, but I didn’t get a chance to say them because of last month’s theatrics. And who knows what’s really on the agenda anymore. What did make it to the agenda was the shortening of the time to speak,” said West New York resident Jeff Lewkowitz.

“And I wanted to speak against the ICE contract. This (holds up piece of paper) is a 15-minute long speech, while that might make you groan, and I’m sure you’ll groan upon hearing it, I do intend to say every word.”

While Lewkowitz actually kept his remarks under two minutes, he was one of seven members of the public that took umbrage with the measure.

“I think that there is a fundamental flaw in this in that it creates a loophole. One of the things that we’ve seen on the national scale a lot is a sort of shock and awe approach, it’s that a million things happen at once and we simply can’t pay attention to all of it,” argued Jersey City resident Eytan Stern Weber.

“There’s too much happening in a single day that should each get our attention for an extended period, but because it’s happening on such a constant basis, we can’t take it in, it’s a process.”

Hoboken resident Jesse Rosso was on of several attendees who said he felt that the timing of the ordinance was curious at best.

“Freeholder [Chair Anthony] Vainieri insists ‘this is not a scam, this is not a lie … trust us, we’re not bad people,’ and now, it just seems coincidental that before we’re going to have this big meeting to discuss the conditions of the prison, that now we want to cut down speaking time.”

Vainieri addressed the criticisms by letting the crowd know that the October 11th vote on phasing out the county’s deal with ICE, which allows them to profit off immigrant detainees at the Kearny jail, will likely be held at a larger venue and this ordinance will be waived.

“This has to do with people that come up here and use it for political purposes, that are running for public office, and it’s absurd.”

He continued that the freeholders are always accessible before and after meeting and that people don’t necessarily have to go to the podium “for fame.”

Jersey City Freeholder Bill O’Dea (D-2), who pushed for expanding the time for public comment 15 years ago, stated why he wasn’t willing to go backwards.

“I fought hard to expand the time from 10 to 15 minutes: much of what I learned on complicated matters comes from the people that come and speak at these meetings … that’s why we get elected to do,” O’Dea said to applause.

” … The chairman’s right: yes, there will be individuals who come here that may have a personal, political agenda. But we’ll have to listen to them. That’s kind of part of what the job is.”

The measure passed by a vote of 7-2, with O’Dea and Freeholder Joel Torres (D-4) voting no.

The vote came prior to the public portion of the meeting, where activists urged the board to get out of the ICE deal long before 2020.