The total number of confirmed COVID-19 patients in Hudson County has reached 771, with Jersey City accounting for nearly 43 percent with 334 cases, though numbers are on the rise across the state with all 12 local municipalities now impacted by the virus. 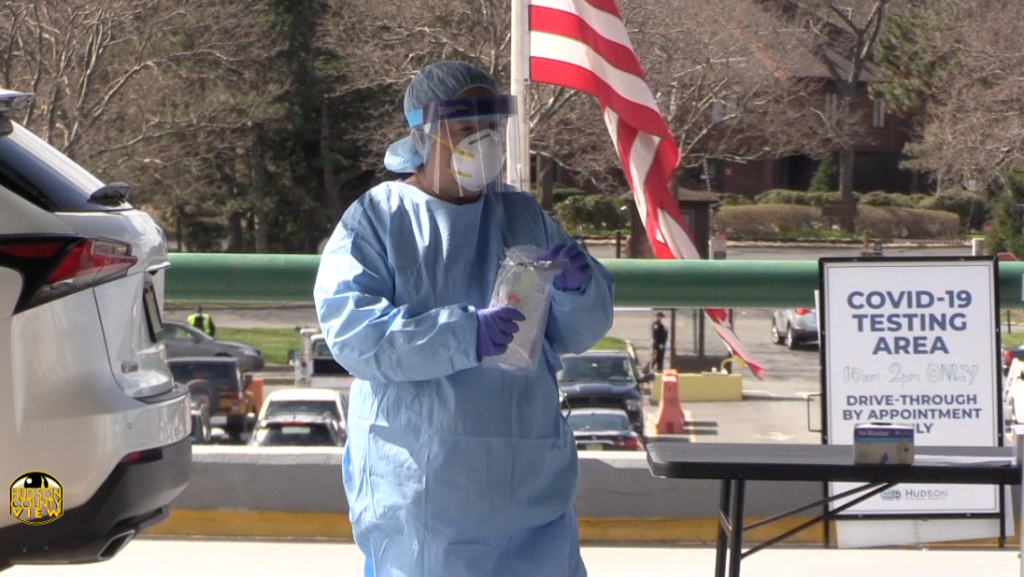 The New Jersey Department of Health said yesterday around 1 p.m. that coronavirus cases continue to surge, reaching a total of 11,124 cases across the state as testing sites are opening regularly.

Jersey City Mayor Steven Fulop, who said the citywide total was at 222 on Friday evening, wrote in a tweet – addressing a viral video of drone footage showing a remarkably secluded Newark Avenue – that his municipal tally had grown to 334 by Saturday night.

” … We went from 222 confirmed cases yesterday to 334 today but importantly, while we hate seeing more people positive, we also know that having accurate info (even if scary), and being honest w/ourselves on the size of the issue in Jersey City will help us best manage the situation locally. Thatâ€™s why we invested in local testing sites.”

A couple hours later, Hoboken Mayor Ravi Bhalla announced 24 new coronavirus cases, bringing their overall number up to 85 and he said he expects that number to continue to see an upward trend.

“We are actively taking measures to flatten the curve and will continue to provide updates on these efforts. As always, the best way to stay safe is to stay indoors as much as possible in self-isolation.”

Additionally, Bayonne Mayor Jimmy Davis announced the city’s second COVID-19-related fatality yesterday, noting that they have had 60 cases thus far (though two are deceased and two have fully recovered.

Also of note, East Newark Mayor Dina Grilo said on Friday that they currently have four patients, while Guttenberg Mayor Wayne Zitt disclosed yesterday that they now have 10 coronavirus cases.

Additionally, in a letter to residents, Harrison Mayor James Fife said that there have been “several” cases of COVID-19 in town, but not not disclose an exact number.

Every Hudson County municipality has provided a public update on their statistics related to the public health crisis no later than Friday, with the exception of West New York who has not provided any new data since Tuesday, March 24th when they revealed 23 cases.

This afternoon, shortly after this story was published, West New York spokesman Phil Swibinski said that the town has 77 confirmed cases and that their municipal website will be updated with daily patient totals from this point forward.

Other figures released by individual municipality are as follows: 78 in North Bergen, 45 in Union City, 32 in Secaucus, 25 in Weehawken, and 20 in Kearny – for a total of 770 publicly disclosed cases.