“Unlike the trying times of 2007, we are a growing community facing an entirely new set of challenges. The first one of course is to avoid seeing the ‘clock turned back’ and allow old political elements to get their hands on the wheel of government again,” Cunningham wrote in a mass email that went out last night.

“The second is our challenge to identify the best candidate to win in November. It should be as in the past, a collaborative process which is not only a core tenet of reform. Many of the goals achieved in the last 8 years have been achieved by consensus and collaboration.”

After news leaked on Monday night that Zimmer would not be seeking a third term, despite being a clear frontrunner, the mayor hosted a press conference in front of City Hall the next day, confirming she would not seek re-election and endorsed Bhalla.

“While Mayor Zimmer decided to endorse our friend and colleague Councilman Bhalla on Monday, a collaborative conversation among her team did not take place. I, for one, think that process is warranted,” Cunningham continued.

“Based on these factors, I’ve decided at this time not to join the Mayor in endorsing Ravi. Yesterday, Council President Jen Giattino issued a statement saying she is considering entering the mayoral race. While some are feeling a sense of trepidation if that happens, I feel there is an opportunity here that can lead to victory in November.”

As whispers of Giattino’s potential candidacy began to become public on Thursday, the council president stated that she was giving a mayoral run “serious consideration.”

Minutes ago, Fisher released a similar mass email that said although she felt Zimmer did “an enormous amount of good” while in office, she also left the door open to support a potential Giattino mayoral run.

“As a councilwoman, Iâ€™ve had the pleasure of working alongside Jen on complex issues and I have witnessed firsthand her leadership, competence and straightforward professionalism. I applaud her willingness to consider entering this race to be our next leader,” wrote Fisher, also the new chair of the local Democratic committee.

Bhalla’s campaign spokesman, Rob Horowitz, said the councilman-at-large wasn’t expecting to receive unanimous support off the bat and his qualifications for the mayor’s seat are quite clear.

“It is now an open seat and Councilman Bhalla was not expecting to get everybody’s support on Day 1. He respects Councilman Cunningham and at the end of the day hopes to win his support, but anyone who is considering a candidacy or backing someone else and takes a hard look, should realize how formidable Ravi is,” Horowitz said.

“He has more than $100,000 in the bank, the active support of Dawn Zimmer, a popular mayor, and most importantly an impressive record of accomplishment and the skills and qualifications to make a great mayor.”

Giattino declined to comment on the emails sent by Fisher and Cunningham. 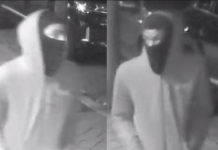