The Hoboken Police Department is investigating “racist posts” that were made in the chat feature during last night’s city council meeting, treating the situation as a bias incident/harassment case. 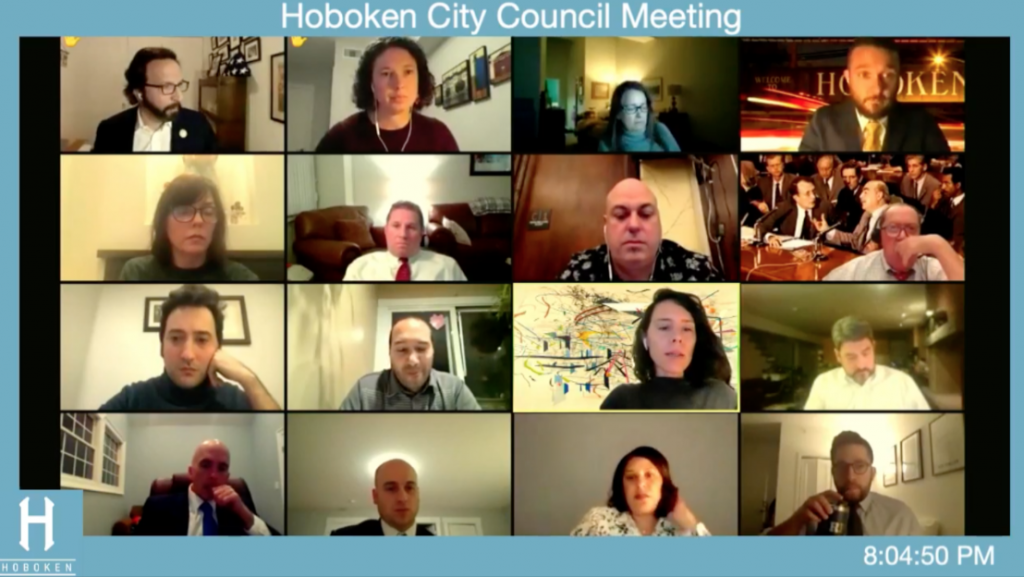 “Last night during the Hoboken City Council meeting, an unknown individual began making racist posts on the ‘Chat’ portion of the City Council meeting’s Zoom feed. This occurred at 8:21pm. There were 22 panelists on the Zoom feed who should have been the only ones to be able to view this chat feature,” Ferrante began in an email.

“Two of the panelists are African American and it is believed those posts were aimed at one of them or both of them. We feel strongly that this was unable to be viewed on the Facebook Live feed. As soon as we were able retrieve the posts and have them sent to Capt. Mike DeTrizio and Officer Arturo Gonzalez who began the initial investigation report, City Council Vice-President Jen Giattino disabled the chat feature to stop any further comments from being able to be posted.”

The police chief further stated that the PD’s Investigations Bureau, led by Capt. Gino Jacobelli, began working on the case immediately last night and both the Hudson County Prosecutor’s Office and New Jersey Attorney General’s Office have been notified.

Anyone with any information related to those posts are urged to contact Det. Luis Rodriguez at 201-420-5102, who can also be reached via email at rodriguezl@hobokenpd.org.

The posts, which contained the N word, were preceded by at least one sexually explicit post, according to sources familiar with the situation who spoke under the condition of anonymity.

“Council president, we’re the only ones who can see that, the members of the public can’t, and I removed them already,” Giattino said.

“Thank you. I wanted to go to town on that person,” Ramos responded.

In a rare joint statement between Mayor Ravi Bhalla and all nine city council members, they denounced hate speech and also expressed confidence in the HPD’s investigation.

“There are certain words that should never be said, ever, in any context whatsoever, which were sadly used at last night’s virtual City Council meeting,” the 10 elected officials said.

“Hoboken will never stand for hate of any kind, and we forcefully denounce the individuals responsible for this behavior. We are confident that Police Chief Ken Ferrante will conduct a thorough investigation, and if it is proven that laws were broken, we will hold those accountable to the fullest extent of the law.”