During a short exchange at last week’s Hoboken City Council meeting, Police Chief Kenneth Ferrante revealed that two more “terrorism” flyer suspects have been interviewed, while two others “lawyered up” and will be issued subpoenas.Â 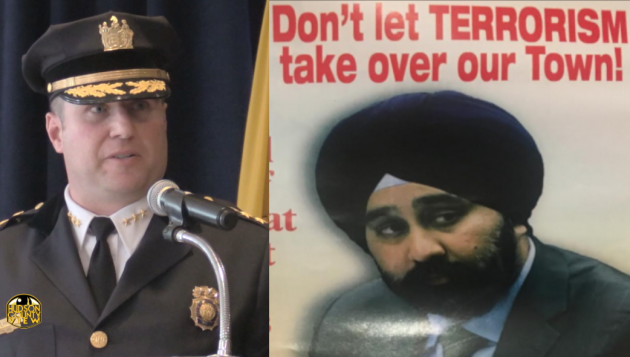 “Since our last meeting, the following day, had a long meeting with County Prosecutor [Esther] Suarez. The following day, through her recommendation, she hooked up Capt. [Charles] Campbell with one of the assistant prosecutors,” Ferrante told the council.

“There have been two more interviews since the meeting, two people lawyered up, did not have interviews with us and we are going to use the power of subpoena to get more information on this.”

Ferrante’s remarks on the investigation, which lasted just 30 seconds, came at the end of an over four hour council meeting where the governing body overrode a veto by Mayor Ravi Bhalla regarding placing a November ballot question on reinstating runoff elections.

At the January 3rd council meeting, as Hudson County View first reported, the police chief detailed what the investigation had entailed up to that point, noting that the FBI and the U.S. Secret Service had assisted in the probe.

The midnight flyer, released days before November’s mayoral contest, said “Don’t let TERRORISM take over our town” over a photo of then-Councilman-at-Large Bhalla. The literature also said it was paid for by 1st Ward Councilman Mike DeFusco’s campaign.

While all four major candidates immediately denounced the flyer, no one took responsibility for it.

A week later, DeFusco’s sister started a GoFundMe page, offering a reward for anyone with any information regarding the creation and/or distribution of the flyer.

Later that month, the 1st Ward councilman gave the identities of five suspects in the case over to the Hoboken Police Department.

As of this writing, no one has been charged in the ongoing probe.