The Hoboken Planning Board approved a six-story building at 921-931 Madison Street being constructed by Madison Capital 931 LLC with 36 units. 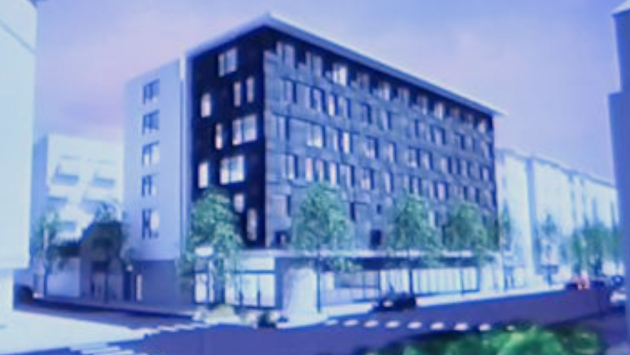 “The property is in dire need of redevelopment. This project has evolved over time. There was a lot of communication with the city,” said project attorney Jason Tuvel, who noted there were many community meetings regarding the property.

He also explained that the Northwest Redevelopment Plan calls for the units to be an average of 1,000 square feet, while they were at a 987 square foot average.

“That is the only deviation we have,” Tuvel stated.

“Typically, we can’t deviate from an agreement,” Planning Board Chair Frank Magaletta replied.

“The plan was adopted after community feedback and the square footage dropped,” Tuvel answered.

Councilman-at-Large Jim Doyle interjected that the plan was amended before final calculations were conducted and it wasn’t worth circling back after the fact.

“Right, we calculated this on the net,” Tuvel stated.

Project architect John Nastasi asserted that there are no variances.

“Wasn’t it a little theater on the side?,” Magaletta asked about the property’s past.

“In the 80s and the 90s. I was here for a parking variation for the renegade theater in the early 90s. It’s been abandoned for several years now. It’s right in the heart of the Northwest Redevelopment Plan. It’s probably the only site that hasn’t been redeveloped there. The neighbors in the community are more than ecstatic about it,” Nastasi noted.

After a brief conversation about the age of the buildings on the lot, Tuvel added that the project is going above and beyond to provide parking.

“We’re putting retail on grade and parking is hidden on the second floor. We’re providing more parking than is required. We have 60 spaces for bicycles. We have electric car charging stations. We have car sharing space.”

He added they have to comply with a state law requiring 15 percent electric vehicle charging stations.

Tuvel further stated that 10 percent of the units are affordable housing, which means four units of different sizes – from one- to three-bedrooms – are affordable. Furthermore, the roof is a “green” one to absorb rainwater.

“There will be no transient people in the garage. Residents and commercial workers only in the garage,” Nastasi continued.

“Is it assumed the rideshare people will have fobs?,” Doyle asked.

“Where does the sensor read the fobs?” Doyle asked.

While demolition is retired, Nastasi explained the demolition would not adversely affect the buildings nearby.

“If the application is approved, when would the demolition begin?” Commissioner Kevin Cahn asked.

“It’s a known fact it’s a low area. The main goal is to raise the area as much as possible,” also noting they want to try to raise it by a foot.

“They increased the capacity of the combined sewer. They raised it, and they’re raising the combined roadway,” Curtis also said.

“So you’re going to raise the system now to satisfy is what is being asked of the applicant?” Magaletta asked.

“Correct. The issue is the pipe in the street is so much higher. It is not unusual in Hoboken,” Curtis clarified.

“We are required to install a remote-control system and they let us discharge our flow at a certain rate,” Curtis said. He said it is common in Hoboken.

Nastasi noted steps are being taken to raise the building with the street.

“Your plans, they’re consistent with raising the road?,” Magaletta asked.

“With the exception of the deviation, this is what the Northwest Redevelopment Plan wanted,” Planner Keenan Hughes said.

Hughes explained they shrank the building to provide more light and air to the building’s neighbors.

“The applicant’s prior version they were very good about multiple meetings and inviting the neighborhood. They modified the building as a result of those meetings. I’m fully on board with this application,” Doyle said.

Ultimately, the project was approved unanimously (9-0).