The Hoboken City Council introduced a $1.3 million budget for its citywide special improvement district, which would establish an assessment on business and property owners in the city. 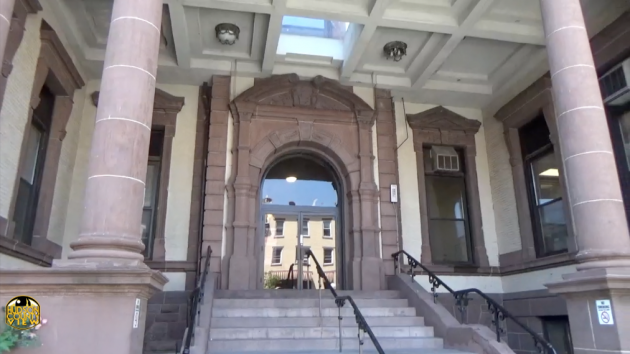 The $1,325,000 budget for the 2020 fiscal year was approved for introduction by the council Wednesday night, about three months after approving the SID’s formation in July.

Committee members spent the better part of a year-and-a-half developing the business entity.

The budget would need final approval from the council before the SID is fully functional.

The SID, according to its mission statement, aims to “energize and enhance Hoboken’s business environment” and create a place “where small businesses desire to be and thrive.”

“We have two big goals: we want to partner with the city and be a supplement that the services that the city is already offering,” said Eugene Flinn, a business owner in Hoboken and the president of the SID’s board of directors.

“… And secondly, we don’t want to become a bogged down bureaucratic arm of the government wasting people’s taxpayer money. Our goal is to enhance the reputation and business climate of Hoboken.”

The council will have a 28-day public notice for the budget, and will hold a public hearing on Dec. 4 before moving to adopt the budget.

“This is an amazing opportunity not just for our commercial property and business owners, but for our entire community who want to see our local businesses succeed,” said 2nd Ward Councilwoman and SID committee member Tiffanie Fisher.

“I could not be more proud of the efforts that have gotten us this far,” Fisher added, adding she hopes community members come out for the for the public meeting to show support.

The budget, in effect, establishes an arm of capital for the city’s business community, and would collect funds via an assessment on commercial businesses and residential property owners with more than four units – who will pay an assessment at a rate determined by their property taxes.

Members of the committee who drafted the SID say that the assessment is not a tax – even though every property owners must pay. Failure to pay would end up as a lien on their property.

The SID includes eight subsections of the city where assessments would shift annually. Higher assessments are currently set along Washington Street, First Street, and on the waterfront – but these could shift to areas the committee feels need more attention.

Properties on Washington Street, for example, will pay a 3.3 percent assessment if the budget passes.

The majority of the $1.3 million would work towards visual improvements along the city’s main commercial artery, as well as creating annual events and festivals to enhance retail promotion and business retention.

According to the introduced budget: 39 percent of the collected assessments, or $523,000, would be spent on “visual” improvements in the form of plantings, street furniture and seasonal decorations, as well as additional cleaning around streets and transportation centers.

21 percent, or $283,000, is earmarked for “business attraction,” and includes funds designated for retail market analysis, among other things.

“We want to help streamline the person who is trying to start the business, and hopefully have some market analysis to give to that person… so they have someone to talk to and help them start a business in Hoboken,” Flinn also said.

During the 28-day period, property owners who would be hit with the assessment will receive notification of the public meeting via mail.

“Special Improvement Districts have proven to be a successful resource for small businesses in other municipalities across the state, and I look forward to it becoming a reality here in Hoboken,” Mayor Ravi Bhalla said in a statement.