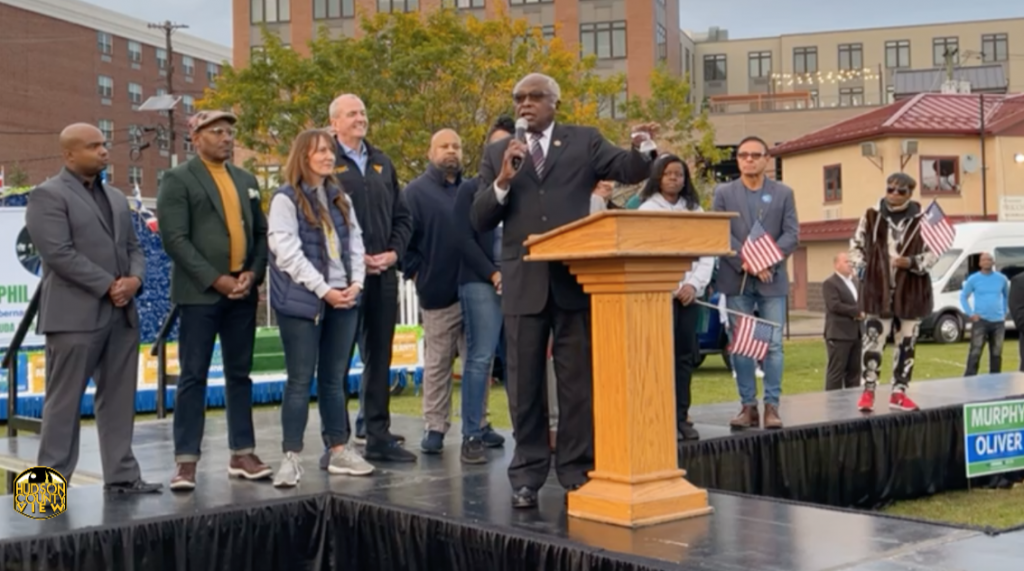 “Look, for the last four years you have demonstrated something to the rest of the world that people never thought could happen: you have a governor that has shown this country the way to get beyond a pandemic,” Clyburn said during remarks on stage.

“He has done things here that if he could do those things in the other 49 states, this pandemic would be way behind us and we’ve got to show that there is rewards for doing good. And one of those rewards is to return him to office.”

“I don’t know what you call him, I just call him a good governor,” he concluded.

Murphy is seeking re-election on November 2nd against Republican nominee Jack Ciattarelli, who has been highly critical about the incumbent’s pandemic response, pointing to small business closures and thousands of nursing home deaths at the beginning of the public health emergency.

While polling has showed Murphy leading by a comfortable margin for the majority of the race, the two most recent polls showed him up by just six and four points, respectively.

The Murphy campaign doesn’t appear to be taking anything for granted, holding a rally in Newark with former President Barack Obama (D) on Friday and an appearance in Kearny with President Joe Biden (D) scheduled for tomorrow afternoon.

“Let me tell you about our governor here and the importance of the election on November 2nd: the last four years has been maybe the most trying times in modern history. Unprecedented challenges for the last year-and-a-half that we’ve all felt and then deal with every single day,” began Fulop.

“Difficult decisions, I can tell you as a executive in a city, make decisions every day that impact people’s lives regarding vaccines, regarding testing, regarding locations and ultimately there are choices every day that you make – and theres’ not good choice. Gov. Murphy had to manage that for the entire state of New Jersey and he did a terrific job.”

During his remarks, Murphy made his case that The Garden State has turned a corner during his tenure and there’s no reason to go backwards.

“I’m here to tell you we’ve turn a page. There’s a new era in New Jersey. It is sunrise in New Jersey. And we have made so much progress folks minimum wage, millionaire’s tax, and our pensions – we respect our union brothers and sisters unlike any other state,” the governor exclaimed.

Murphy is set to convene with Biden at the NJ Transit Meadowlands Maintenance Complex, located at 148 Newark-Jersey City Turnpike tomorrow at 1:30 p.m.