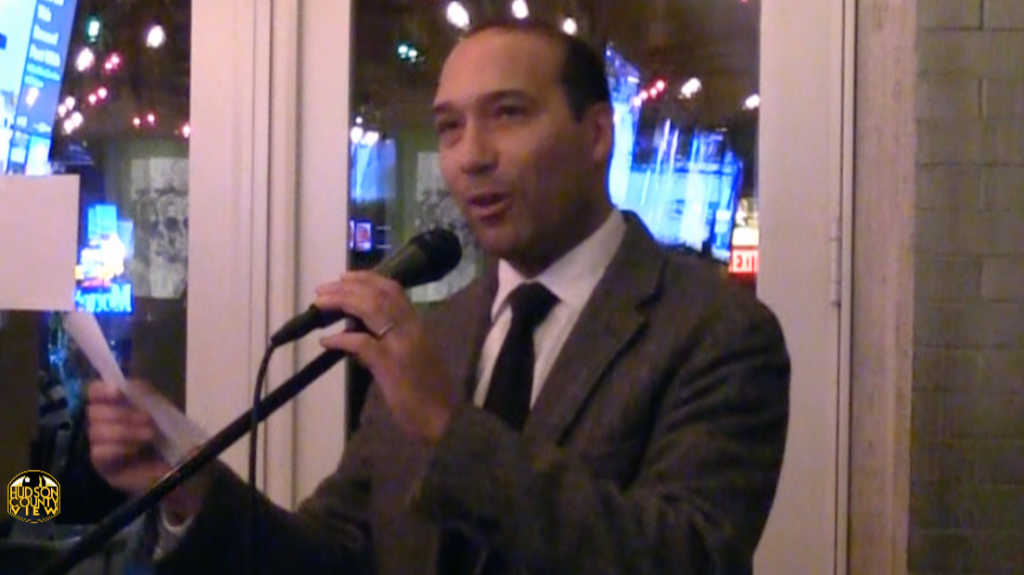 “I have a long record of accomplishments in Hoboken and the state legislature. There are a lot of things that Hoboken still has to strive for,” Ramos said over the phone this afternoon.

“The past decade has left the city stagnant: our tax increase this year and last year are examples of that and I think I’d be a steady hand to lead it going forward. This is part of us doing our due diligence. I know we have a solid base of support throughout our city and we’ll see what comes from it.”

Ramos filed a D1 form with NJ ELEC on December 2nd, which essentially establishes a campaign account for a new or different office, though there is no mechanism to force a candidate to run for that office.

The councilman also said that “all options are on the table” and that this filing was part of the preparation process heading into 2021, noting that he wasn’t 100 percent committed to running just yet.

A longtime political rival of the incumbent mayor, Ramos and Bhalla actually squared off in the 2011 Democratic primary for state Assembly in the 33rd Legislative District, which Ramos won easily as the candidate backed by the Hudson County Democratic Organization.

He served three terms in the assembly before running for mayor in 2013, losing to incumbent Dawn Zimmer in a race where then-4th Ward Councilman Tim Occhipinti headed a third slate.

Ramos would get a taste of revenge in 2015, successfully challenging Occhipinti in a three-way race to get his old gig back.

In 2017, when Bhalla was elected mayor, Ramos endorsed 1st Ward Councilman Mike DeFusco, who finished in a close second place and had been widely believed to be seeking a rematch in next year’s non-partisan contest.

Two years later when Ramos was defending his council seat, Bhalla endorsed Lisa Sprengle in the 4th Ward, but the incumbent never broke a sweat and won by over 20 points.

A spokeswoman for DeFusco both did not immediately return an inquiry seeking comment while city spokesman Vijay Chaudhuri said Bhalla is feeling good about his chances of getting re-elected.

“Mayor Bhalla is solely focused on keeping residents safe during the COVID-19 pandemic and is confident that his record will speak for itself against any and all candidates in next year’s campaign,” he said.

Another possible challenger, 2nd Ward Councilwoman Tiffanie Fisher, said she still hasn’t ruled out a mayoral run, but has still made no further commitments beyond that.

Along with the mayor’s seat, Council members-at-Large Vanessa Falco, who ran with DeFusco in 2017, Emily Jabbour, and Jim Doyle – both of whom ran with Bhalla three years ago – are also up for re-election in November 2021.

Editor’s note: This story was updated with a comment from city spokesman Vijay Chaudhuri.