The Hoboken City Council unanimously approved (8-0) the 1st reading of an ordinance that would tighten up their pay-to-play rules ahead of the November mayoral contest. 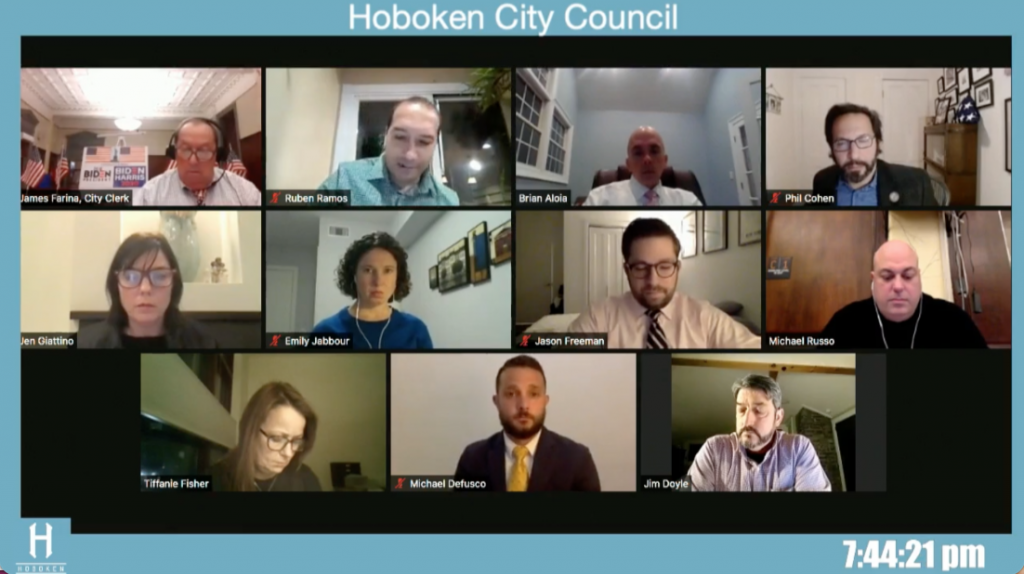 The previous version of the measure was voted down at the council’s December 16th meeting after Corporation Counsel Brian Aloia said he was unsure if a provision prohibiting family members of city vendors from donating to political campaigns in certain instances would have legal standing.

The revised ordinance, both of which were introduced by 2nd Ward Councilwoman Tiffanie Fisher, removed that language and focuses on limiting the involvement of vendors who receive emergency contracts.

“Over the past few years outside money coming into Hoboken’s elections has risen extensively via PACs and Independent Expenditures,” Fisher said in an email today.

She added that she is not planning to challenge Mayor Ravi Bhalla for his seat and is simply looking to make Hoboken’s elections as fair as possible. Currently, only 4th Ward Councilman Ruben Ramos has signaled he may run for mayor.

Additionally, the local legislation would not allow vendors who received emergency contracts to contribute to independent expenditure groups, such as super PACs, for one year after finalizing a financial agreement with the city.

This provision already applies to vendors who receive standard contracts.

Under state guidelines, the maximum contribution a union can make to an individual candidate is $2,600, while the most they can donate to a political group or entity is $7,200.

However, Hoboken’s current pay-to-play law, which were enacted in 2011, only allows PACS and unions to write a $500 check for an individual candidate.

The ordinance was largely an afterthought in an uncharacteristically short council meeting that lasted for just slightly over an hour. Councilwoman-at-Large Vanessa Falco was absent.