The Hudson County Prosecutor’s Office has identified two Union City police officers who shot a man armed with a knife on the 4th of July, also indicating that no police body camera footage exists. 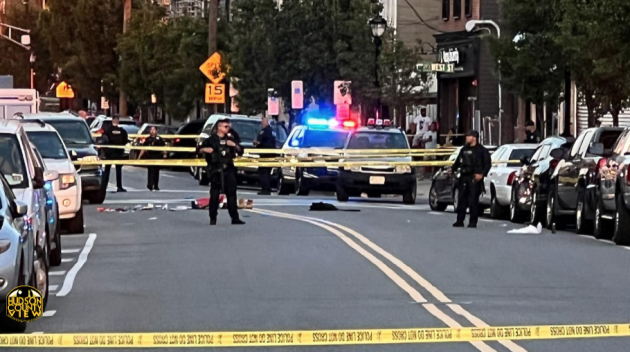 On July 6th, the HCPO released preliminary information on the incident, noting that Union City police responded to a stabbing in the area of 23rd Street and Bergenline Avenue.

During an encounter with the suspect, Jesus Suazo, 58, of Union City, shots were fired and the man was treated at a local hospital, where he remained in stable condition. A knife was also recovered from the scene.

An initial Open Public Records Act (OPRA) request filed immediately after the incident was denied, with the reasons being given that the investigation was ongoing, therefore witnesses still had to be interviewed and evidence analyzed.

This month, HCV filed the same request again, to which John Libretti, the chief of the HCPO Civil Litigation Unit, replied that no body or dashboard camera video from the incident exists.

“In response to the balance of your request, the HCPO is providing the the names of the Union City [police] officers involved in this incident: Lt. Omar Hernandez [and] Detective Peter Mendoza.”

HCV had previously reported that Hernandez, 26-year veteran of the force and a member of the Emergency Services Unit, had fired his service weapon.

As for Mendoza, a nearly 17-year veteran of the force, he’s filed just two use-of-force reports, both for compliance holds, dating back to April 25th, 2013 and July 1st, 2013, the database shows.

A directive issued by then-Acting New Jersey Attorney General Andrew Bruck on January 19th of this year says that “all uniformed patrol officers while acting in the performance of official duties” must wear and utilize and police body camera.

The directive also says that any officer who interferes or impedes the ability of a body camera to record is “subject to appropriate disciplinary action,” but does not get into specifics about what sanctions and/or penalties may be issued.