The Town of Guttenberg is considering bringing back a volunteer fire department after their contract with North Hudson Regional Fire & Rescue expires in 2024. 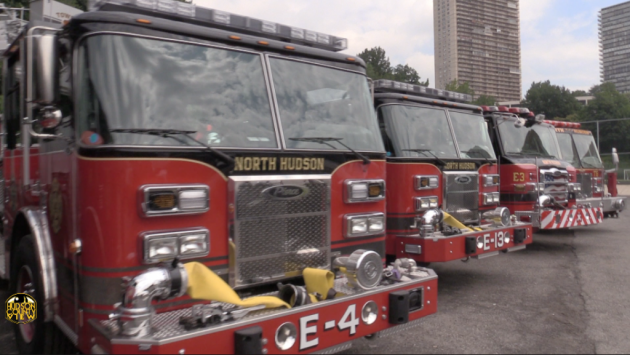 On Monday, the Guttenberg council unanimously approved (5-0) a resolution authorizing the establishment of an exploratory committee look at transitioning from being a part of NHRFR to a volunteer fire department in town – once the current agreement lapses.

According to a copy of the local legislation, the committee would consist of Mayor Wayne Zitt, Town Administrator Cosmo Cirillo, Finance Director John DiStefano, and Councilman John Habermann – the latter being the town’s designee on the NHRFR board.

NHRFR was established in 1999 and consolidated the Guttenberg, Weehawken, Union City, North Bergen, and West New York fire departments into one unit and has often received praise for their quick response times.

According to Zitt, the costs associated with the department are increasing exponentially and that trend doesn’t look like it will change for his municipality any time soon.

“Going forward, there’s a possibility that NHRFR can dissolve and expire in 2024. With the costs of the department going up, we need to at least evaluate a volunteer operation. The current formula is based on ratables, but I think it should be based on how many liabilities, or parcels, you have in each town,” Zitt said over the phone.

“This has nothing to do with the men and women on the engines: they’re response times are impeccable and I think we have the best fire department in the state. But is $2.8 million a year really fiscally prudent? Last year there were 313 responses in town and just two of them were working fires.”

Weehawken Mayor and NHRFR Board Chair Richard Turner said that the payments aren’t decided by ratables – it’s a flat rate – and that it would probably cost millions of dollars to purchase the necessary equipment.

“Is it feasible and is it safe? The question is will they have a 24/7 department instead of relying on North Bergen and West New York to fight their fires for them like they used to?”