The North Bergen Police Department is asking for the public’s help in identifying anyone involved in an an incident where shots were fired on 74th Street last night. 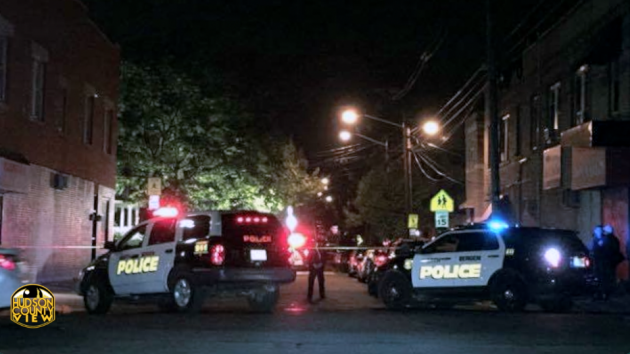 Around 5:00 p.m yesterday, police responded to a call of a street fight with baseball bats near the intersection of 77th Street and Palisade Avenue, according to Police Capt. Patrick Irwin.

Officers responded to the location and were unable to locate anyone fitting the description, officials said. After canvassing the nearby area, a 19-year-old North Bergen teen was at the scene and indicated he had been in a fist fight where the other individual involved pulled out a machete, authorities said.

No one was struck by the machete and the 19-year-old refused medical attention, indicating he and the other individual mutually agreed to a fist fight, police said. Additionally, the machete was recovered underneath a car.

Then, at 9:10 p.m., police responded to reports of gunshots fired at approximately 200 74th St., where a shell casing was recovered. No one remained at the scene and no related injuries were reported, officials said.

Irwin, who also noted that there was currently no evidence to suggest the incident was gang related, urged anyone with anyone additional information to contact the North Bergen Police Department’s Detective Bureau at 201-392-2092.

Secaucus residents asked to beware of construction company that has allegedly...