“Active shooter events: it’s a reality in our society today. Go back 10 years ago, if you said [something] about an active shooter event, you’d be like ‘what? I’m sorry, that happened, what?’ Now, it’s on the news every other day,” said John Inzinna, the Long Shot Training Coordinator and a firearms instructor.

Sgt. Adam Drew, who works for the Hudson County Department of Corrections and is also a hostage negotiator for the county SWAT team, followed up by stating that although active shooter events have been on the rise for the past 40 years, less than one percent of homicide victims are killed under such circumstances.

Inzinna continued that most active shooter events are done within 15 minutes, so proper education and awareness can go a long way towards your survival.

In that vain, Inzinna added that it’s important to have procedures and protocols in the workplace, such as identifying exit strategies, in case of an emergency.

Both instructors agreed that fleeing the scene and hiding are much safer strategies than engaging an active shooter, which should only be done as a last resort in a life or death scenario.

Towards the tail end of the presentation, Drew explained that active shooters almost never act on a whim, taking up to two years to plan before going through with it.

“If you name a school shooter or an active shooter, they put information out there and the gold standard for this is Columbine. Those kids were dedicated to what they had planned to do for quite a while,” he said.

“They wrote manifestos, they made videos of themselves, they wrote journals, they talked about it with friends, they put a lot of information out there – which if people were looking at it, or they noticed it, they probably, or hopefully, would’ve done something or reported them.”

He continued that most active shooters look at the Columbine gunmen as “patron saints of their cause.”

Drew also said that active shooters are typically narcissists that are out for revenge on people or an institution that humiliated or embarrassed them in some way.

The presentation had been scheduled for several weeks, but happened to take place just days after a disgruntled former subject of a news story killed five reporters at the Capital Gazzette in Annapolis, Maryland. 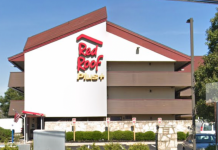 ‘This is One City:’ Jersey City residents rally for victims of...