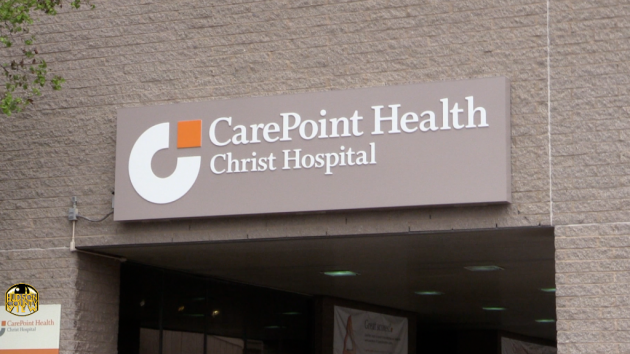 “It has been brought to my attention that Christ Hospital and RWJ Barnabas are at an impasse, and it appears that the closing of Christ Hospital in Jersey City may be imminent,” Fulop wrote in a letter to Murphy dated today.

“Should a closure occur, thousands of our residents may abruptly lose access to health care that has been available for generations. Furthermore, more than a thousand employees and their families face the prospect of losing employment.”

In October, CarePoint announced that they had signed a non-binding letter of intent to sell Christ Hospital and the Hoboken University Medical Center to RWJBH in the midst of concerns about the Bayonne Medical Center closing.

While the future of the BMC has remained in limbo since then, CarePoint has accused Alaris Health of interfering with the sales in hopes of purchasing the BMC and converting it into a nursing home.

Alaris, whose owner has also purchased the properties where the BMC and HUMC sit, has responded in a counterclaim by alleging that the owners of CarePoint embezzled millions as their hospitals continued to lose money, echoing the claims made by the New Jersey Commission of Investigation back in March.

Fulop continues that leadership from the state could avert a potential crisis situation, also noting that time is of the essence.

“There is simply no substitute for your direct involvement and no time to waste. Please be assured that Iâ€™m available at any time to be of assistance with whatever initiative you commence,” he concluded.

Ward D Councilman Michael Yun said the hospital’s closure would be a huge detriment to the community, even though it is just outside his district.

“The closing of Christ Hospital would be a devastating blow not only to the Jersey City Heights community, but its impact would also ripple throughout Central Hudson,â€ Yun said in a statement.

â€œFrom those serviced by the medical institution, to those who work there and make Hudson County their home, no one would be spared from its negative impact.â€

â€œGovernor Murphy believes that all New Jerseyans deserve access to affordable, high-quality health care. The Murphy Administration, through the Department of Health, will appoint a monitor to Christ Hospital to provide daily oversight of its finances.â€

Editor’s note: This story has been updated with a comment from Gov. Phil Murphy’s office.