Eight members of the Jersey City Democratic Organization say that since Mayor Steven Fulop “has not proven himself to be a real Democrat,” and that November’s mayoral election is non-partisan, the committee should not be contributing to his campaign. 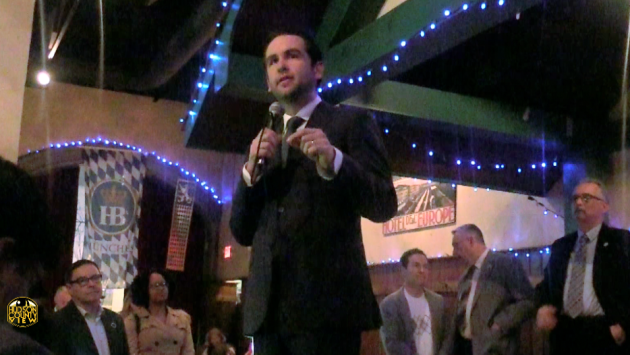 “We have recently read in the press that Mayor Fulop intends to use JCDO funds for his re-election campaign and we are adamantly opposed to this. This is a non-partisan election and Mayor Fulop has not proven himself to be a real Democrat,” the letter reads.

In January, Fulop’s campaign announced that they had raised over $300,000 between his mayoral campaign, the council slate and the JCDO, substantially more than his two expected challengers: former Corporation Counsel Bill Matsikoudis and ex-Assemblyman Charles Mainor.

However, the eight committee members who wrote the letter question if that was done appropriately, asking if Sullivan signed off on the JCDO contributions to Fulop’s campaign.

The group claims that Fulop promised to endorse Gov. Chris Christie (R) for re-election in 2013 “in exchange for favors for his secret client that owed the public millions of dollars.”

Prior to the start of the high-profile Bridgegate trial late last year, emails between David Wildstein and Bill Stepien, a former Port Authority official and an ex-deputy chief of staff for Christie, respectively, regarding Fulop indicated they were courting his endorsement and thought it may happen in late 2013.

Fulop, at the time a Ward E councilman and an employee for Foreign Auto Preparation Service (FAPS), never ended up endorsing Christie, prompting Wildstein and Stepien to “kill” a deal on the table with FAPS in September 2013.

Finally, the letter also takes a shot at the mayor over Charlie and Jared Kushner, the latter now President Donald Trump’s senior advisor, who were reportedly behind a $100,000 donation to a super PAC linked Fulop’s expected gubernatorial run.

While he hasn’t mentioned Kushners name, Fulop has went after Trump’s administration on a number of occasions, in one instance, signing an executive order last month making all bathrooms in municipal buildings gender neutral.

Despite the president’s crackdown on illegal immigration, Fulop was also one of the first mayor’s to declare their municipality a sanctuary city.

Furthermore, about a week after Fulop shocked the political world by endorsing Phil Murphy for governor and announcing a re-election bid, Matsikoudis teamed up with local good government group Civic JC to ask the Coalition for Progress super PAC to give back $1.46 million to donors with ties to Jersey City.

Fulop campaign spokeswoman Hannah Peterson dismissed the eight people who wrote the letter as disgruntled attention seekers angry they were not given the party line to seek re-election.

“The few who signed the letter were removed from the party line and are disgruntled, trying to seek attention by making baseless claims,” she said in a statement.

“The fact that these signers are focused on nonsense and not democratic ideals is exactly why the local party needed to be overhauled. The JCDO is proud to now have strong support from all over the City.”

Last week, the JCDO announced they were running 367 people for a committee seat, boasting 150 new candidates entering the mix. 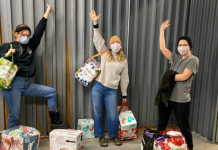 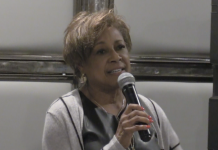