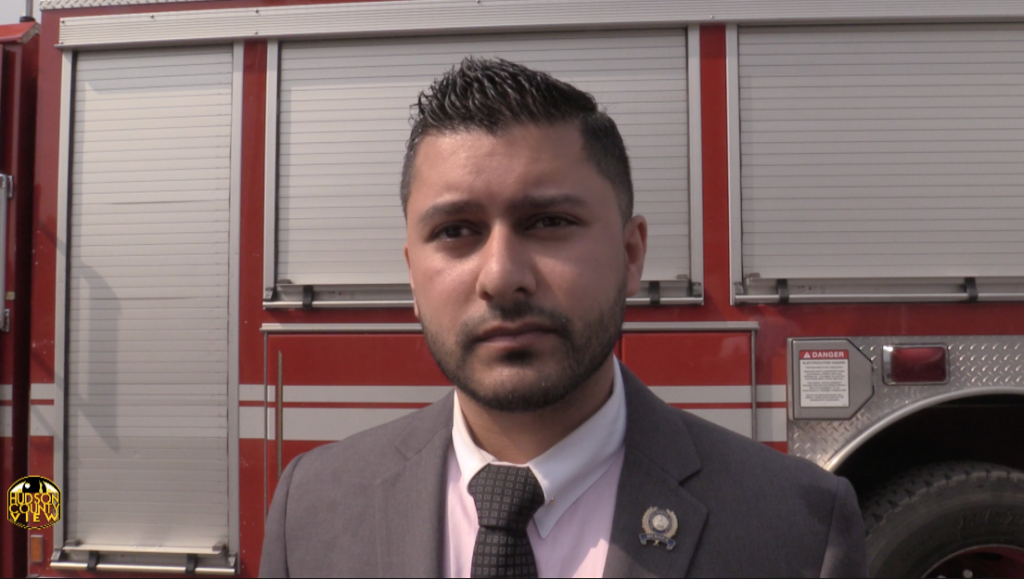 “Under the final new map released today by the Legislative Apportionment Commission, I am heartbroken that I will be separated from Union City in my new legislative district,” Mukherji said in a statement.

“Nevertheless, much work remains to be done on behalf of Jersey City and Hoboken when it comes to improving public transit, ensuring housing affordability and alleviating our property tax burden, recovering from the global pandemic both with respect to public health and economically, improving our schools, making college more affordable, expanding every New Jerseyan’s fundamental right to access quality healthcare, achieving fairness for our diverse Hudson County populations, making necessary capital investments in infrastructure, and protecting our environment and open spaces.”

As a result, he said he will be seeking the vacant state senate seat in 32nd Legislative District.

Fulop praised Mukherji’s service to Jersey City, also calling him a friend and fellow Marine, going as far as to say there is no better qualified position to seek the post.

“The past two years of the pandemic have only underscored how critical it is to have effective representation at the state and federal levels. There is nobody better qualified to represent our city in the Senate than Raj,” he said in a statement.

Stack was equally impressed with Mukherji’s efforts in Trenton, indicating he will “work day and night” to get him elected.

“He has been a reliable and skilled partner to me in passing bills to improve every aspect of the lives of the people of New Jersey, and he is a person of integrity. Our colleagues in Trenton know he can be counted on to be attentive to the details, to fight hard for his constituents, and to keep his word.”

Finally, Bhalla said Mukherji has been an invaluable partner in preserving open space, as well as moving forward resiliency and transportation projects in the Mile Square City.

“From securing funding for Hoboken’s open space and resiliency projects, helping preserve our waterfront at Union Dry Dock, and moving forward critical transportation projects, Raj Mukherji has been a steadfast champion for our community,” noted Bhalla.

“And, as the son of South Asian immigrants and a successful small business owner, Raj has the real life experience that will serve him well in the State Senate. I’m incredibly proud to support his candidacy so Hoboken can continue to have the representation it needs in Trenton.”

LD-32 now includes Jersey City Wards C, D, E, as well as Hoboken, leaving an open state senate seat as the county watches and waits to see if Stack and state Senator Nick Sacco will face off in a primary next June due to the new legislative maps being approved.