Jersey City Mayor Steven Fulop says that the outcome of the local short-term rental referendum “will set the tone nationally” for Airbnb during a media scrum this afternoon. 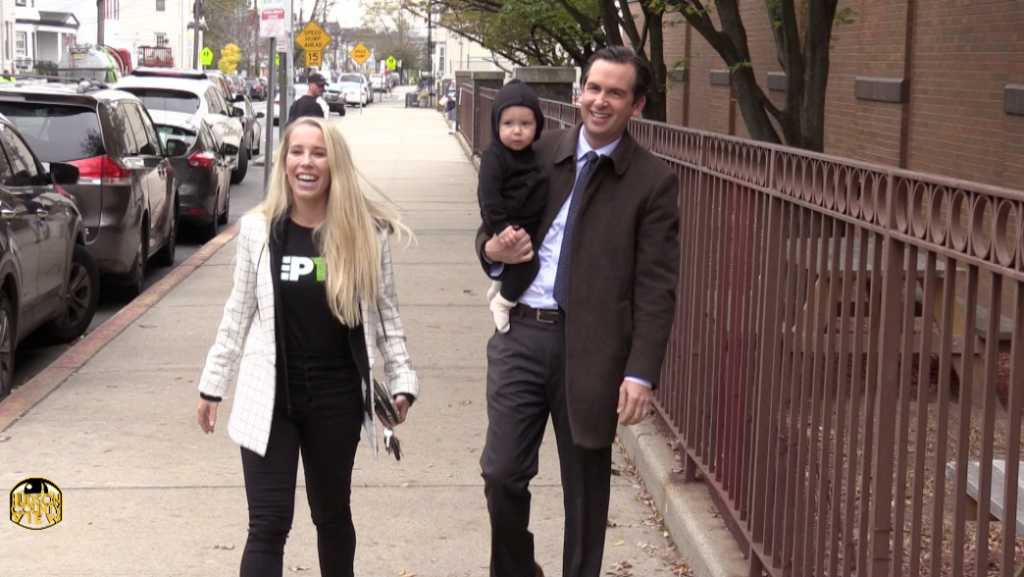 “It’s not a ban, this is going to allow homeowners responsibly rent their place, at the same time, it’s going to protect neighborhoods,” Fulop said during a media scrum after voting at the Christa McAuliffe School earlier this afternoon.

“And the turnout in Jersey City has so far been higher than what we expect and that’s probably because of the $5 million that’s been spent … by both sides, mostly by Airbnb, but with turnout higher, people are interested in it and we expect a close election.”

The mayor added that heading into Tuesday, poll data indicated that many voters were undecided and was hopeful that many of them would end of voting yes – stressing that today’s results would have national implications.

“In a place like Jersey City, it’s going to set the tone nationally for what voters feel about a referendum, it’s the first time it’s actually going to the voters.”

” … A majority of Jersey City voters support short-term rentals in their neighborhoods. But now, these thousands of residents may be in serious financial jeopardy, with some even at risk of foreclosure or bankruptcy — all because of the Mayorâ€™s short-term rental ban, crafted at the behest of the hotel industryâ€™s special interests,” he stated.

“When our host community came to us asking if we would help them push back against this ban, we gladly said yes — and we are proud that the Keep Our Homes campaign is bringing the future of short-term rentals directly to the voters.â€

While canvassers for the “yes movement” appeared to have a bit more of a presence in the early going on Election Day, workers for the “Keep Our Homes” campaign, pushing for a no a vote, have steadily been appearing on the streets as well.

Charles Odei, who said he voted no on the ballot question, claimed that a FAQ sheet was inside the Kearny Avenue fire department poll station that encouraged an affirmative vote.

“If you support short-term rental regulations, show up toÂ vote YES to Municipal Question #!,” the bottom of one FAQ sheet that has been circulating around the city today says.

Hudson County Board of Elections Clerk Michael Harper said an investigator was sent to that, along with other nearby, locations and that FAQ sheets for either effort would be removed from poll stations.

He said he could not immediately confirm or deny if FAQ sheets had been placed inside any Jersey City policing locations.

If the measure is approved, those changed will start to be implemented. If it fails, the ordinance will be repealed.

The polls are open until 8 p.m.