Jersey City Mayor Steven Fulop says that local homicides are down 42 percent, with shooting incidents down 27 percent, according to year to date stats relative to the same time period in 2017.Â 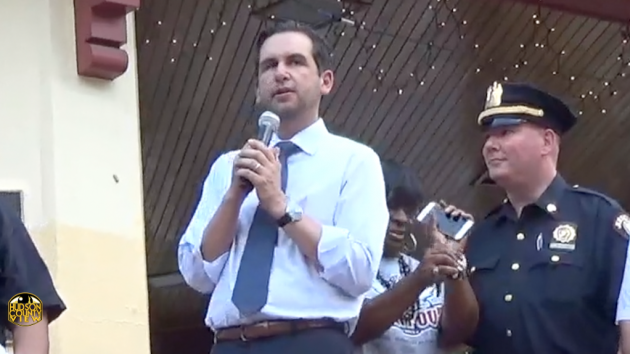 “I try to be transparent w/info for residents + As we finish the 1st half of 2018 weâ€™re making progress on violent crime. We need shootings/homicides to be zero as each is a family impacted,” Fulop tweeted this morning.

Responding to a resident’s online question asking what he felt led to the drop off in some instances of fatal/violent crime, the mayor credited hiring 300 new officers this year, adding new recreation programs, the city’s prisoner re-entry program and Chief Michael Kelly’s emphasis on walking posts.

The most recent Jersey City homicide occurred one week ago, where Tavon Rush fatally shot his cousin, Darrell Rush, outside of 199 Bidwell Ave.

For the same time period during 2018, she stated that there have been 42 shootings, seven homicides and 147 guns recovered by local authorities.

Editor’s Note: This story has been updated with crime statistics provided by the city.Â

At his 3rd State of City Address, Fulop focuses on public...