Jersey City Mayor Steven Fulop hinted that he will back challengers against Hudson County Sheriff Frank Schillari and County Surrogate Joseph Ryglicki in 2019 in light of the local democratic party being split apart over County Executive Tom DeGise’s re-election. 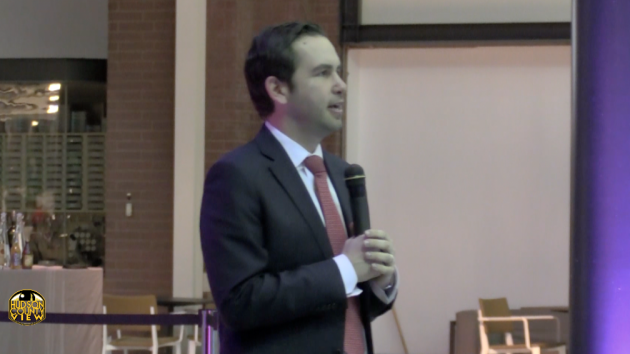 ” … county committee will decide direction on candidate but there is no way all Hudson County, countywide candidates for 2019 should be white men,” Fulop tweeted this morning.

Along with state Senator (D-33)/Union City Mayor Brian Stack, Fulop is leading the charge to replace DeGise next year with a candidate yet to be determined.

In his prior tweet, Fulop scoffed at the notion that DeGise should be given a “soft landing” at somewhere like the Port Authority of New York and New Jersey in order to cause a cease fire among Hudson Dems.

In response, DeGise said over the phone that he and Fulop are actually in agreement on something.

â€œI donâ€™t want a soft landing. I really donâ€™t want that. I want to be the county executive: I agree with Steven, let the people decide whether Iâ€™m on the ballot with the HCDO or not. Nobody has offered me a job, but if I was, Iâ€™d turn it down. Iâ€™m not interested in starting something new at this stage in my life,” he said.

Stack is aggressively pursuing a bid to become the next chair of the Hudson County Democratic Organization, where he will be challenged by Jersey City Board of Education Trustee Amy DeGise – Tom’s daughter.

That vote is less than a month away, scheduled for June 12th at a location and time to be announced.

When Tom DeGise was asked about Schillari and Ryglicki potentially facing challengers as well in 2019, he said he’s currently focused on the HCDO chair vote.

â€œWeâ€™ll see, June 12th is rolling around pretty soon, we like our chance but bragging about it doesnâ€™t get you any votes. You run like you need every vote that you can: may the better team win. I expect to win and Iâ€™ll be on the line next year: weâ€™ll see whose right and whose wrong.â€

Schillari, a retired Secaucus police sergeant, was backed by state Senator (D-32)/North Bergen Mayor Nick Sacco in November 2010 and has never faced a true challenge since then.

Fulop’s latest remarks reinforce that notion that the infighting throughout the county is getting intense.

Sacco, whose legislative district includes West New York, predictablyÂ did not take kindly to that.

Along with U.S. Rep. Albio Sires (D-8), who had already committed to replacing Roque, Sacco is helping spearhead the effort to get Tom DeGise re-elected.