Jersey City Mayor Steven Fulop is again bludgeoning the local board of education over a tax increase in a letter to homeowners that hit mailboxes yesterday. 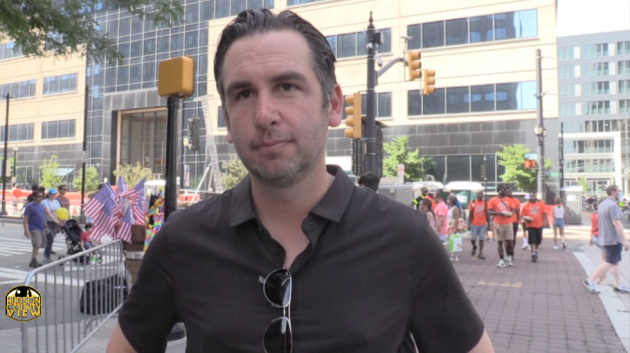 “In 2021, we successfully reduced municipal taxes by an average of $1,000 to offset the Board of Education’s massive tax hike by utilizing a one-time infusion of federal COVID-19 stimulus funds. Our objective by doing this was to try and help the Board of Education to have more time to sort through their finances,” he wrote.

“Unfortunately, that didn’t happen, once again, the Board of Education is imposing a significant tax increase, as reflected in this bill. Despite our efforts to help reverse their course and my vocal opposition, the Board of Education continues to rely on raising taxes rather than taking responsibility to fix their budget without impacting classrooms.”

The mayor continued that the municipal budget “is right where we were prior to the pandemic,” also touting infrastructure projects, as well as the historic number of police and firefighters working for the city.

Additionally, the letter, which was sent by the Department of Finance, is dated June 24th, which the mayor explains was due to “an error during the printing process” where some residents didn’t receive the bill and letter simultaneously.

The Jersey City Council approved the first reading of a $695,264,198.48 three weeks ago, and at the time, Fulop’s office blamed the tax hike on the BOE, a claim that the BOE and then-acting superintendent responded to.

In June, a city spokeswoman acknowledged that some residents will see an over 30 percent increase on their third quarter tax bill, but solely laid the blame at the feet of the BOE, who last month approved a nearly $974 million budget with an annual tax increase of $1,608 on a home evaluated at $460,000.

Fulop’s jousting with the BOE is nothing new or unusual, recently renewing his call to move their elections back to April so residents can vote on their budget, as only HCV reported.

In response, Jersey City Education Association President Ron Greco indicated moving the elections would be a terrible idea due to “abysmal” turnout at the polls in the spring, also claiming Fulop had not done his part in aiding the schools financially.

In 2020, the city was initially going to have a November referendum to decide if the BOE should be appointed, but it was pulled due to the COVID-19 pandemic.

While no one from the BOE opted to respond to the letter on Thursday, a few residents were heavily critical of the tactic on Twitter.

“No mention of the 70+ abatements granted by his council during his first term or the cost of garbage residents now pay as a separate line item in their water bill. What a fraud,” Esther Wintner, a three-time council candidate, wrote.

Additionally, Megan Carolyn noted that the letter had gotten her so incensed, she decided to file a complaint with the New Jersey State Commission of Investigation since she felt the letter qualified as “campaigning with public funds.”

For the moment, there is no formal effort to get a referendum on the ballot to move the BOE elections back to April, but such an initiative has until August 25th to submit petitions.

Hoboken Councilwoman Jabbour: ‘I am proudly voting YES for the high...