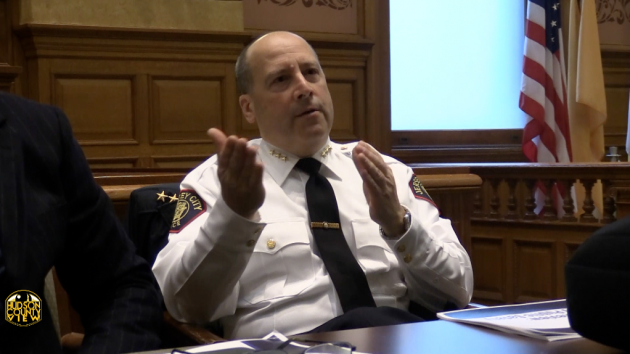 “While the administration inherited these payout obligations, Mayor Fulop and Director Shea have been making significant changes to JCPD contracts in order to minimize the impact on taxpayers by limiting the amount of vacation time carried over, eliminating comp time, avoiding rate increases by offering early payouts, and extending buyouts over a three to five year period,” city spokeswoman Kimberly Wallace-Scalcione said today.

The retired chief’s payout is relatively modest compared to his predecessor, Philip Zacche, who received nearly $513,000 in unused time, though also lost his pension after pleading guilty to stealing around $32,000 from the city’s housing authority via a no-show off-duty detail.

Kelly’s payout is more in line with former Union City Police Chief Richard Molinari, who received roughly $261,000 in unused time when he retired in November 2018.

During his last day on the job in January, he received a key to the city from Mayor Steven Fulop and also received heavy praise from some of his colleagues.

Kelly may be the last police chief in Jersey City for the foreseeable future, given that Tawana Moody was named to lead the department as police director shortly after his departure.

Correction: The New Jersey Civil Service Commission does not play in a role in approving payouts for unused time.