Hoboken Mayor Ravi Bhalla has appointed James Sanford back on the Hoboken Housing Authority’s Board of Commissioners and while the board leadership is on board, Lavon Smith is outraged over being replaced. 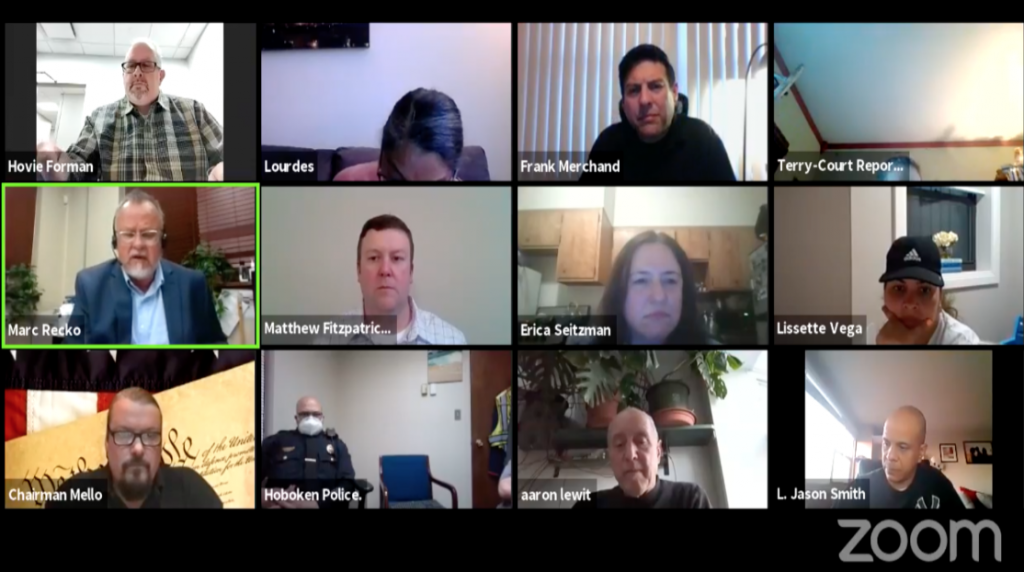 “James Sanford brings a wealth of experience and knowledge to the Hoboken Housing Board. Mr. Sanford previously served during one of the most critical and essential periods in the Housing Authority’s history, and we can vouch first hand for his knowledge and expertise,” HHA Chair Dave Mello and Vice Chair Erica Seitzman said in a joint statement.

“As an ethnic minority, he brings diversity to the Board as well as knowledge of HUD and Public Housing Board governance and operations. He is a dedicated public servant committed to the Hoboken Housing residents, and we look forward to having him back on the board.”

Sanford served on the board for seven years before the city council decided to go in a different direction in May, appointing Lissette Vega.

However, Bhalla’s office said this morning that Sanford would be appointed to a five-year term, effective May 4th. He will be succeeding Smith, who the mayor appointed about a year ago and whose term expires on May 3rd.

” … He has a proven track record of professionalism and asking tough questions at meetings, and keeping the best interests of Housing Authority residents at the forefront. He has the strong support of myself and Chairman Mello, and we thank Jason Smith for serving as my designee over the past year,” Bhalla said today.

“ … I thank Mayor Bhalla for his support and giving me the opportunity to again serve our community and keep the HHA free of corruption,” Sanford added, also thanking his friends and colleagues who supported him.

Yesterday, Smith started a Change.org petition that has 266 signatures as of this writing asking to be reappointment.

While he was unable to get Bhalla’s support, the city council will vote on a commissioner at their next meeting since Hovie Forman’s term expires on May 3rd. Smith said the board desperately needs checks and balances right now.

“As the only African American member of the board and the only member who is a former resident of the Hoboken Housing Authority, it is disappointing that Mayor Bhalla has decided to replace me with someone who the city council did not see fit to serve another term. I fear that Mayor Bhalla assumed that I was some sort of ‘token’ appointment that would rubber stamp his administrations agenda to gentrify the community that was started under Mayor Dawn Zimmer,” he stated.

“Once I showed that I had a mind of my own and strong feelings about the disenfranchisement of the black community and gentrification here in Hoboken, I was no longer his darling ‘Black’ appointee.”

Smith, 40-year Hoboken resident who lived in the HHA for over 30 years, also accused Sanford of being selected by Bhalla to “ensure that redevelopment furthers the gentrification process.”

Patricia Waiters and Carmen Vega, a current HHA resident, have also submitted applications to serve on the HHA board and therefore could be appointed by the city council.

Furthermore, Bhalla’s most vocal critics on the council also slammed him for picking Sanford.

1st Ward Councilman Mike DeFusco tweeted it’s “pretty astounding” Bhalla choose not to address the racial disparities on the board, while 2nd Ward Councilwoman Tiffanie Fisher recalled that Sanford “inappropriately used his position” to attack council candidates running against the mayor’s slate in 2019.

At the time, Sanford was the HHA vice chair and introduced a “Five-Point Integrity Pledge to Protect Hoboken Housing Authority Residents” that included no campaigning at HHA events and denouncing GOTV efforts that paid campaign workers.

Hoboken officials tout the benefits of ‘state of the art’ public...